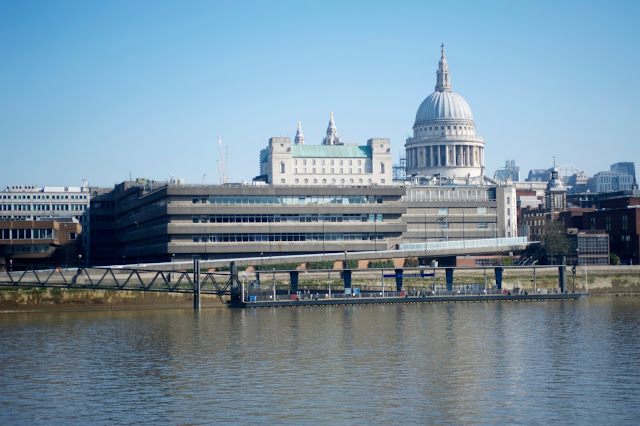 Before the day began.

I started planning this shoot at the beginning of the year. The plan had been for two models in two different areas of London, but close to the Thames. Somehow it became three models, with an hour between each.

I wanted to see how hard I could push myself. Effectively three clients in one day. Was I up to it?

The Sunday started at 10 am, finishing at 6 pm. My intention was three different looks. The first was a long dress with plenty of movement in it. The second more urban.

And then the last one was more a fashion shoot. With the light summer look of a fashion magazine.

I met Chiara at Blackfriars station. I have worked with her before. So I knew she would be well prepared. And we quickly discussed where to start. This part of the Thames has a beach when the tide goes out. I said I wanted to shoot there and the millennium bridge. "Better shoot on the beach first then. Looks like the tide is coming in, and it moves fast." said Chiara. I was glad I heeded her advice. Being in the shade of the path above us meant no harsh light from a clear blue sky. The way the sun reflected off the sand and river, gave us undeliverable soft light. I could have stayed there the whole time. 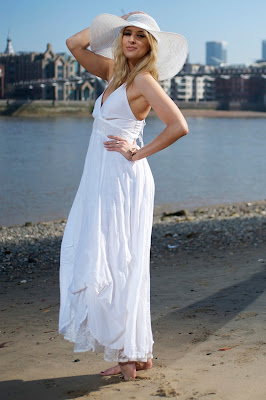 This shot looks like it was lit by two lights. It wasn't. The sun gave the stronger shadow, but reflected light gave the second shadow behind Chiara.

Moving around the beach changed the strength and quality of the light. 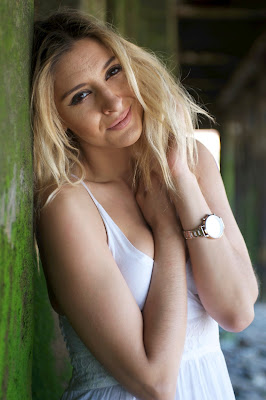 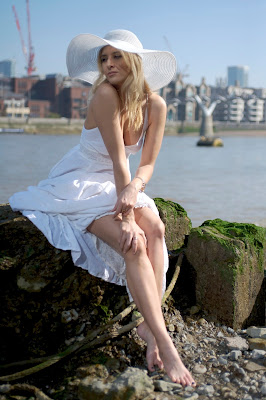 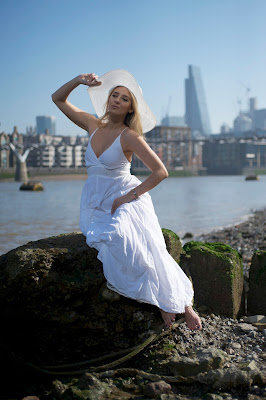 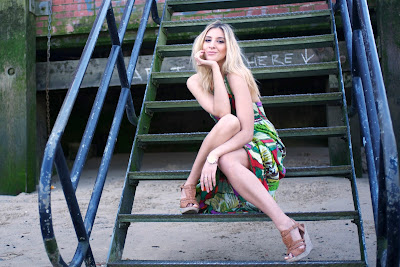 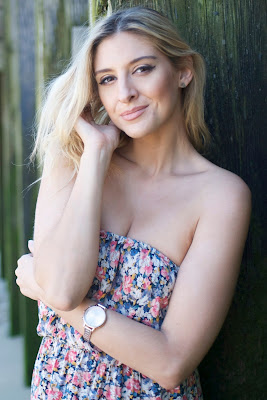 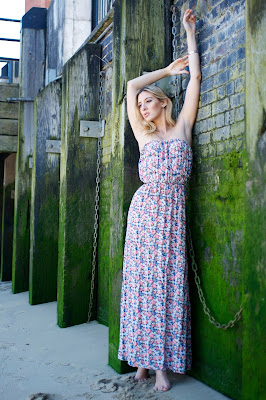 But the rising water and other possibilities meant we moved on. 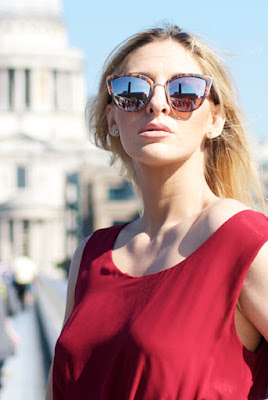 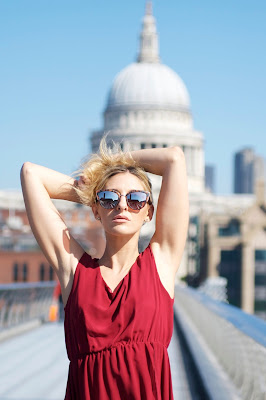 The bridge was busy now so picking our moment was difficult. And no soft reflected light.


Then on to a jetty. 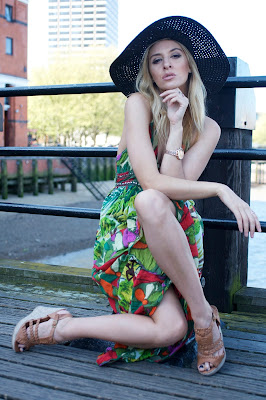 It's was funny, when we walked onto the structure there was just one person on it. They quickly moved off. Then three families came along. Luckily they didn't stay long, I think it was our business like manor and big camera that may have intimidated them. We were happy to work around them. They had just as much right to be there as us. But once the jetty was ours, things really flowed. And before I knew it my time was up.

Once I had said good bye it was a short walk to London Bridge. For the next shoot. I had some lunch and a wander around to see what was available as I had done at Blackfriars.

Jodie arrived. I had worked with her twice before. Each time the initial plan had changed due to changes outside of our control. I asked Jodie if it was me or was this normal. She said it must be me. That's what I like about Jodie. She gives it to you straight. 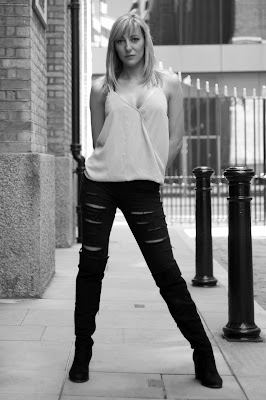 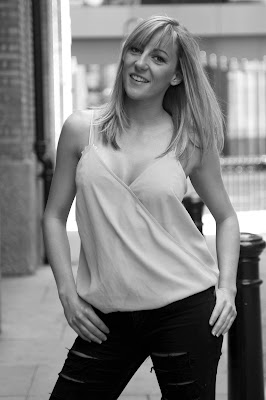 I thought I would try some black and white. 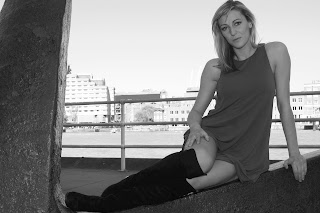 There followed two hours of chat, picture taking and quick changes. And getting moved on by a security guard. It seems tourists with camera phones can take all the pictures they want. But no photo shoots. It didn't stop the flow, we just strolled on taking more great pictures. 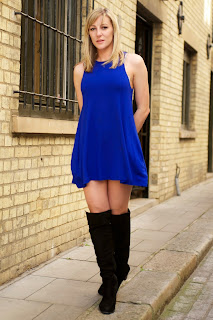 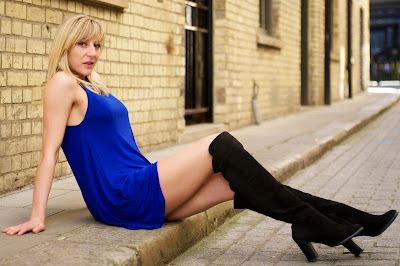 Then it was time for the last shoot of the day with Marilyn. 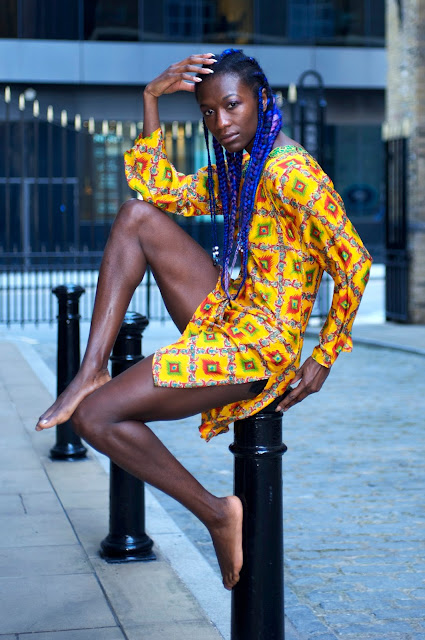 Marilyn doing what she does best, improvising

London Bridge was the venue again so I knew where we needed to go. But this time there were more outfit changes. Marilyn was so matter of fact about it all. She needed to change, find a corner away from the crowds, and CCTV. Done in no time. I made a suggestion for a pose, can you stand or sit on that? Of course came the reply. How about I climb on that? It will be great. And it was. 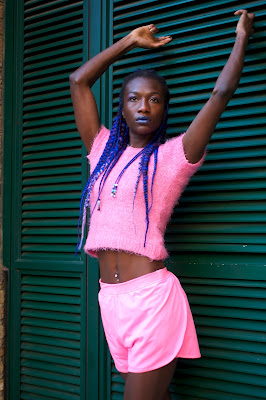 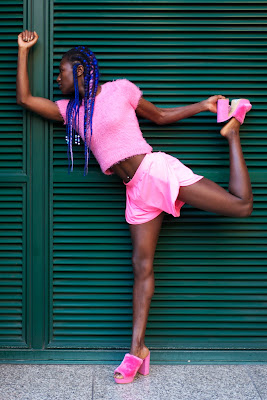 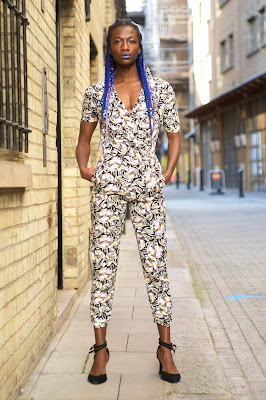 Working with experienced, professional models like the three today is worth the cost. They know what looks good, can interpret my ideas and have pretty much done it all.

As I got home I remembered the fitness app on my phone. It records steps taken, distance covered and stairs climbed. Over 26,000 steps, 8.6 miles walked and curiously 23 flights of stairs. I slept well that night.