I've got a time machine 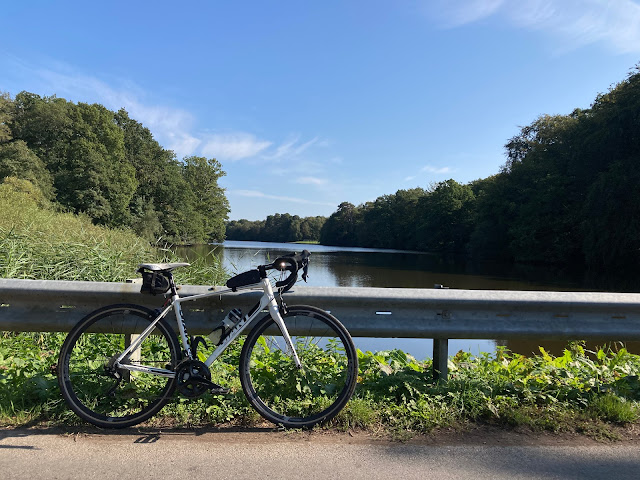 I can't travel to the past or the future, but I can slow down time.

The device is my bike. I had three days off this week and rode everyday. I was very lucky with the weather which meant I covered some reasonable distances. This meant I was gone for the majority of the day.

As I started to write this post on Friday if felt like it should have been Sunday. It was a little hard to believe I still had two more days before my return to work.

I've got to admit it may not be just having a bike. I think keeping busy and achieving goals is likely the real reason I have eked out as much as I can from the available period. It also helps that it's something I very much enjoy.

The first two days I was working, so it was the after work loop. With a sunset. 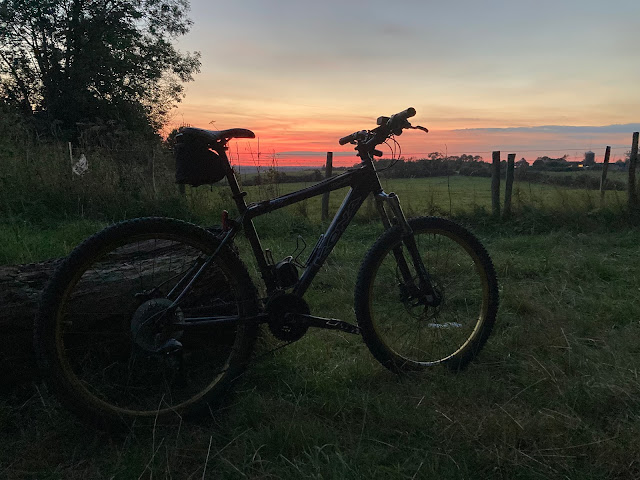 Wednesday had me following a route created by Stava, mostly lanes I hadn't ridden before. A lack of cafes meant I eventually stopped at a golf course clubhouse. All a little too expensive for me. So I just drank a juice on the terrace and moved on. 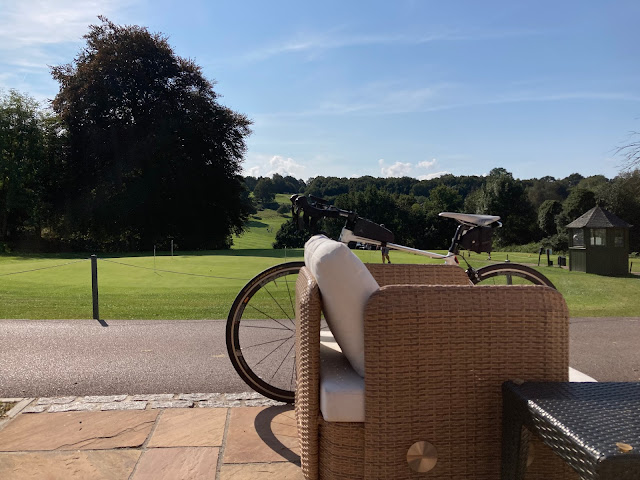 On Thursday I used a route mapped by my club, and it included a cafe stop that will be repeated. 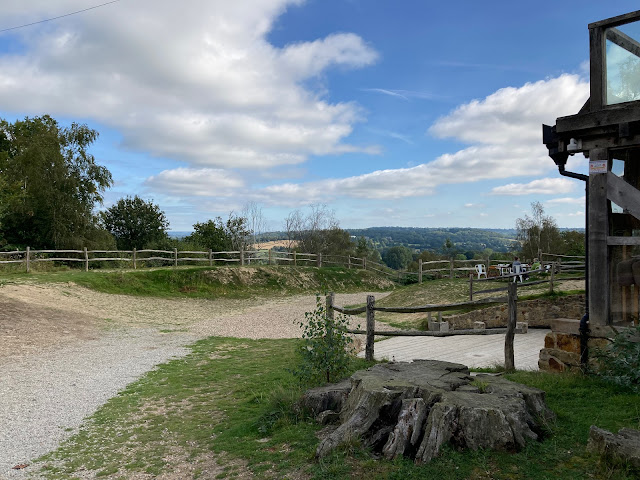 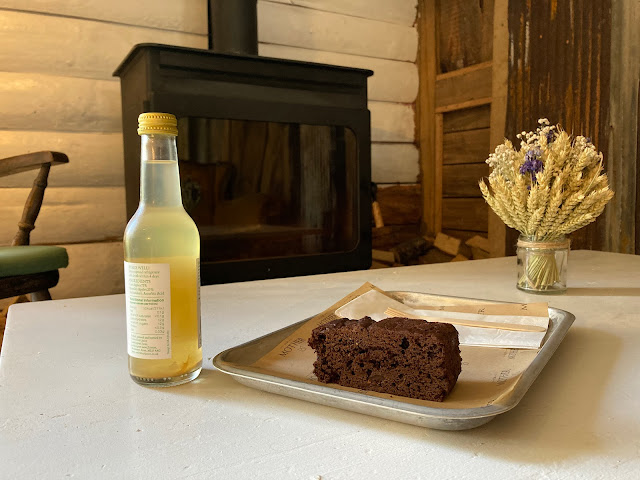 I like the way it looks, a huge log cabin. Inside was comfy, couches as well as tablas and chairs. Great views out of the windows. If only the upstairs area was open, it would have been even better.

The atmosphere was very relaxed, I can't put my finger on why. I could have sat there all afternoon.

I carried on passed a long forgotten vineyard. About an hour later I was home. 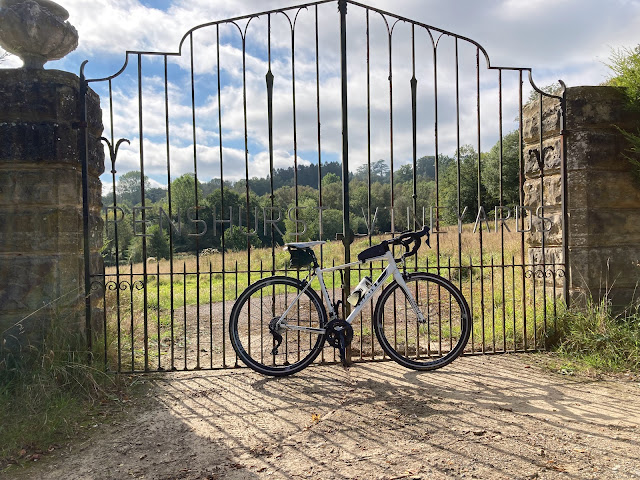 The last day of the week I decided to take it a little easier, not ride so far. I rode down to Charlwood to visit a cafe I'd seen unfortunately when it was closed. This time however it was able to serve me a vegan sausage roll and coffee. The people I met were great, they checked the ingredients of the cakes to see if they were vegan, sadly they weren't. But we did talk about what changes they might make. It's a first for anywhere I have eaten. I told them about some food I had found, and how the change had affected me. Hopefully my next visit will see a wider choice.

Oxted Cycling Club were my companions as they are most Saturdays. A big loop through Surrey, West Sussex and Kent meant a fast ride. Eventually stopping at a garden centre for coffee and cake. 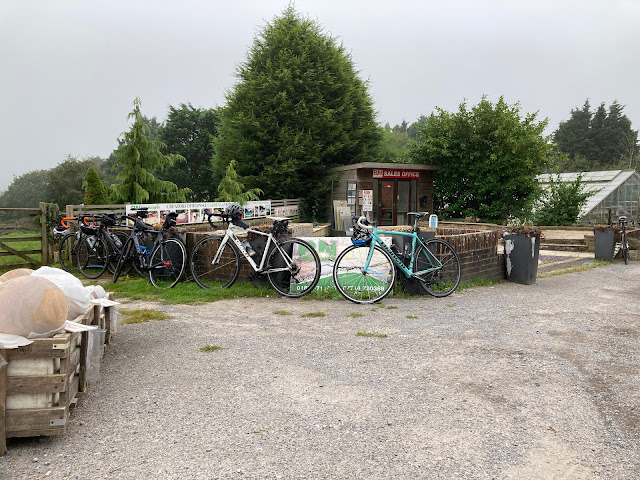 I was going to visit my mum, and after splitting from the group I headed that way. But as my surroundings became more suburban it became apparent that the roads were a lot busier than normal. Filled with angry drivers looking for fuel. My journey there and back would be through Bromley, West Wickham and Selsdon. I just couldn't face it. As I neared home roads containing filling stations were stationary. It didn't slow me, but I had to be extra vigilant for poor choices made by drivers.

It was to Westerham for coffee with Matt on Sunday. Our usual spot outside Costa. 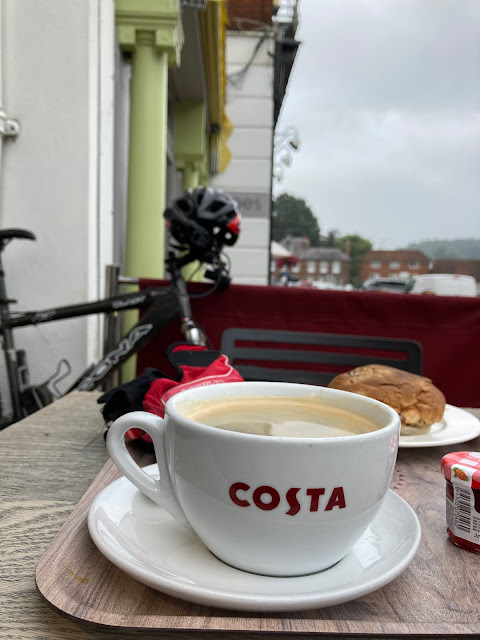