Dark in the sunshine 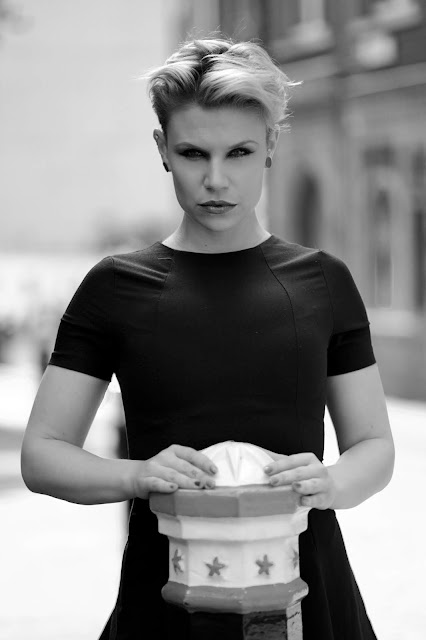 Another dark style shoot. A reflection of my mood perhaps?

Meeting Alex and walking to the first location we chatted about the theme she was bubbly and full of energy.

When the shoot started, her persona changed as if a switch had been thrown. Delivering the look I wanted, confident and assertive. But not looking angry or frowny, I think that's a word?

Between shoots we planned the next setup and she was back to her energetic self.

The first location was a lane behind a police station. 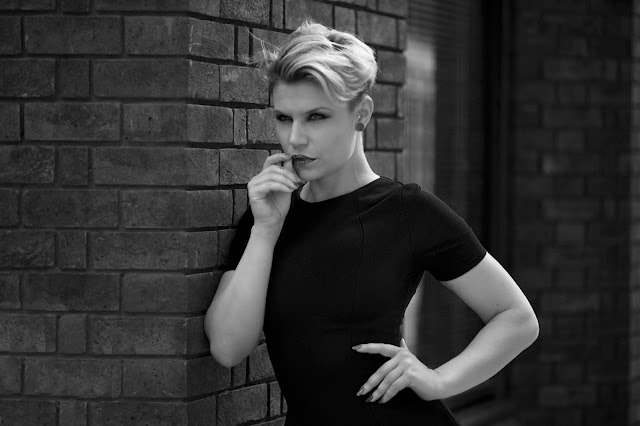 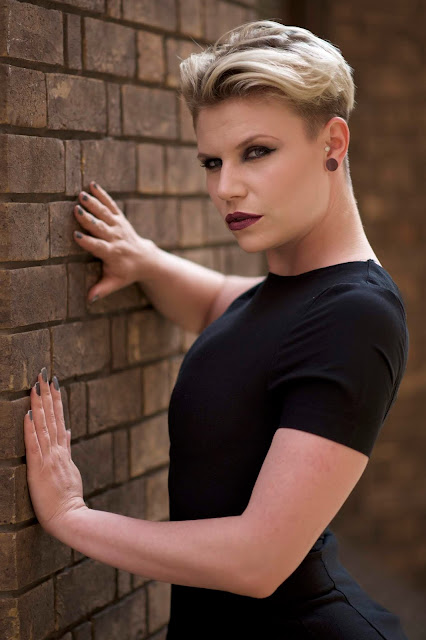 At one point a police car parked up and the two officers stopped to watch us. Then drive off, I guess satisfied all was well. 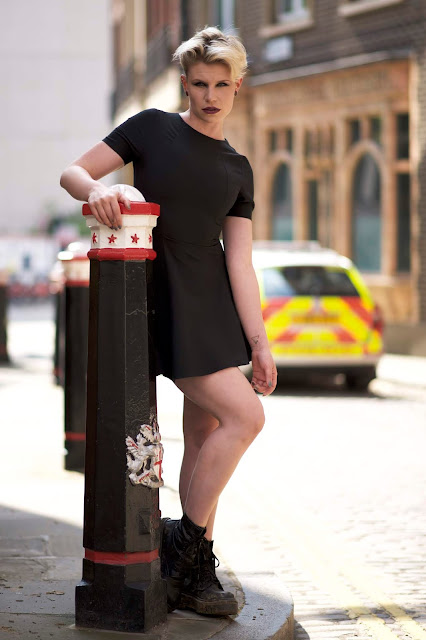 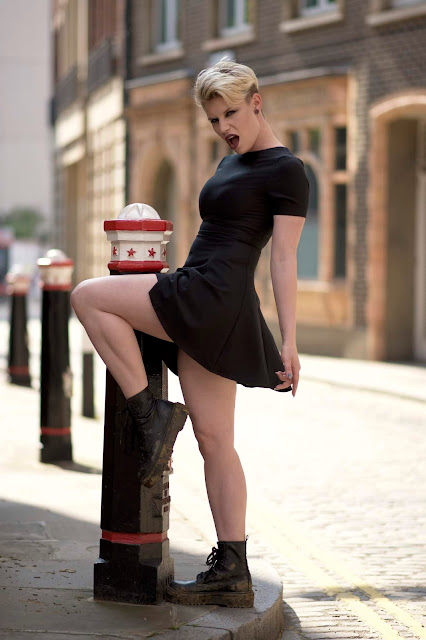 The next location was a metal staircase, it was the rough gritty backdrop I was looking for. The rusty metal, dull paintwork, graffiti and the train tracks were perfect. 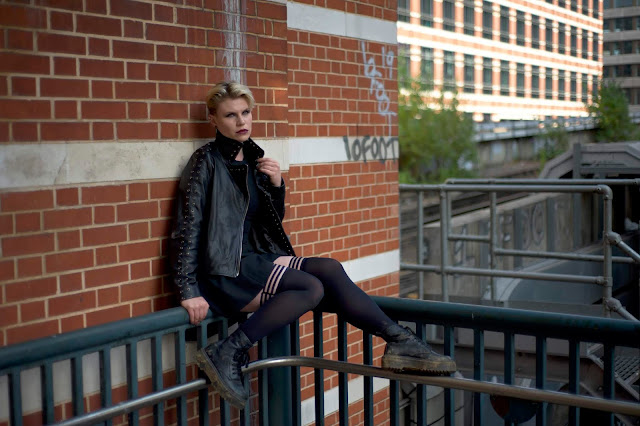 Parts of the it had harsh light, which was a challenge. I could have done with a diffuser. A big one, that might also have needed an assistant to stop it blowing away. 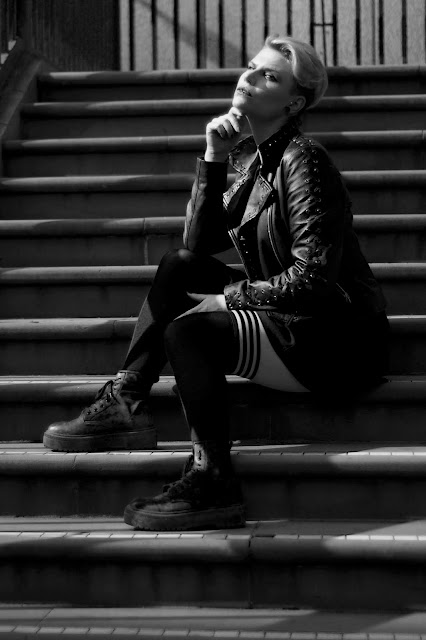 We changed our position, and added flash to really give it some punch. 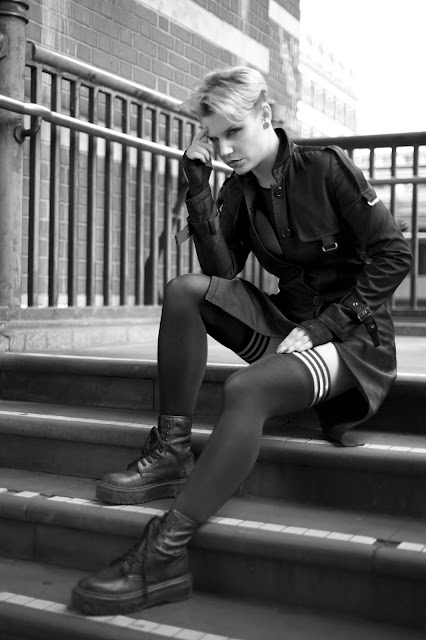 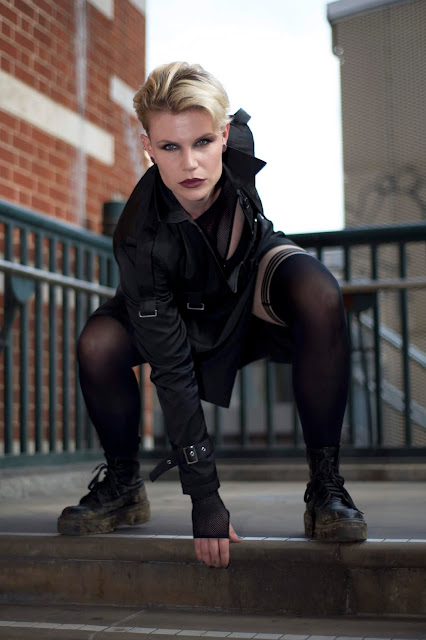 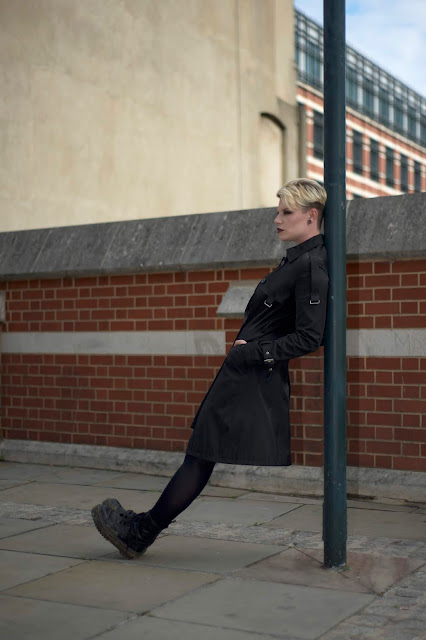 Our time was nearly up, but Alex was still full of energy and ideas.
A lane was just the other side of the staircase.

As we entered there were tiled sections down one side. I suspect very few people have or will ever see them, but it gave a great opportunity for a different look. 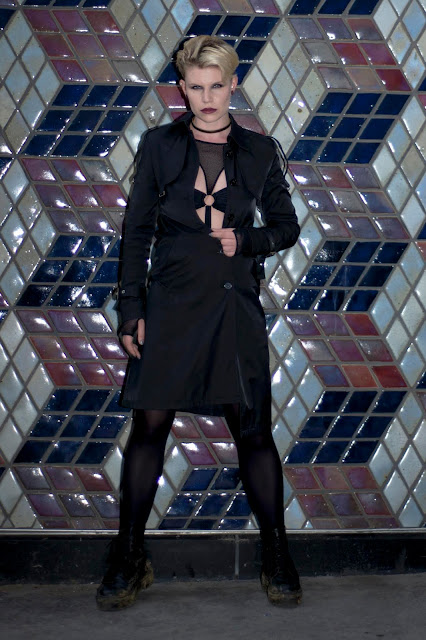 And then a moody walking to camera picture to finish. 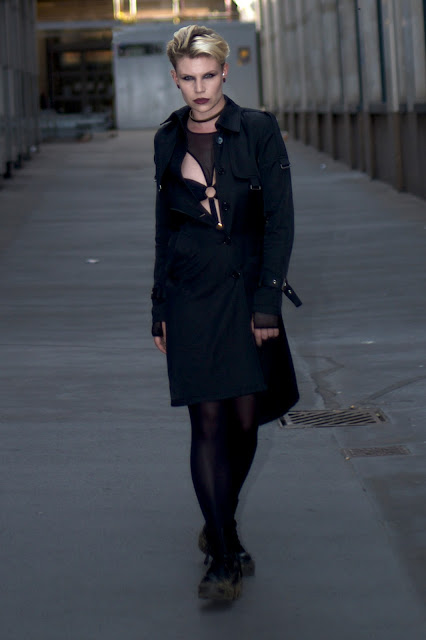 With more time we could have continued to walk around finding other gems like this lane. And as the sun dropped it would have altered the light.

My photoshoots are not about having hundreds of finished pictures. I took over 150 and aimed to reduce that to around a dozen to process. I only managed to get it down to twenty three though. It was difficult because Alex gave so much variety to each set. It meant I could be very picky and still have many great shots.

The last challenge was choosing the pictures for this post. I hope I didn't include too many.

With the exception of those shot against the tiled wall I could have exported all of the pictures as black and white. I had that in mind when I planned the session, but some do benefit from staying in colour.