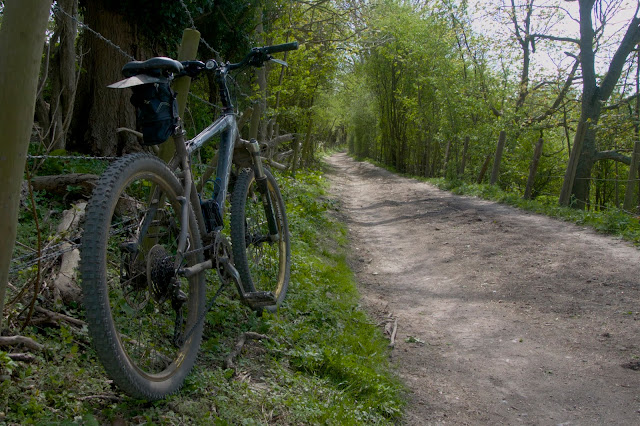 There are two standard measurements used when big objects or distances are mentioned: their height is compared to Everest, their length to a football pitch.

During lockdown I have cycled every day except one. My total distance is 6314 football pitches. The amount of climbing is 1.1 times the height of Everest.

Easter Monday was very windy so I took the mountain bike out to avoid as much road riding as possible. The problem was that the paths were heavily used by walkers. I never ride at a fast pace, so I rarely meet anyone that objects. I give plenty of warning and we negotiate a way passed each other. I try to avoid busy routes, or at least I don't return to them. The plan did include a few hills, both on and off road. I felt really good so set about them with gusto. The lower pressures in the tyres make it harder work, but my fitness level has improved to cope.

Tuesday was an unusual day, I had a tail or side wind for most of the ride. It meant I flew along, really pleased with my average speed of over 14 mph. Although colder than over the weekend, it was  still great to be out. 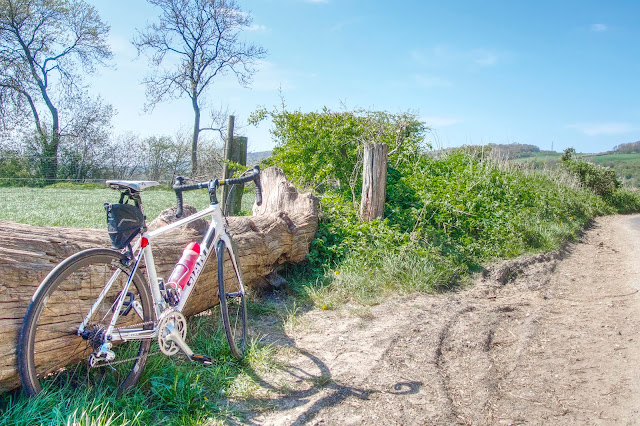 The road I took the picture on was a section of Pilgrims Way I hadn't ridden before. It wasn't until I stopped that I discovered the reason for my rapid progress, the strong tailwind.

Wednesday was chilly again, but I have worked out how much clothing to put on for a ride. Start off a bit cold, within about ten minutes I am just right. There is nothing worse than being too hot.
Westerham was the furthest part of the loop. And I was again pleased with my average speed, unlike Tuesday, it wasn't tailwind assisted. I felt really good, it's taken some time to clear my head of negativity. The big test will be when I go back to work, still no definitive date when that might be. Until then I take one day at a time, and keep cycling.

Thursday was a little longer route that contained two very steep hills I had climbed before, but not consecutively.  As I started the first ascent there was a momentary thought that I had bitten off a bit too much; when the top of the second one came into view, it felt good. 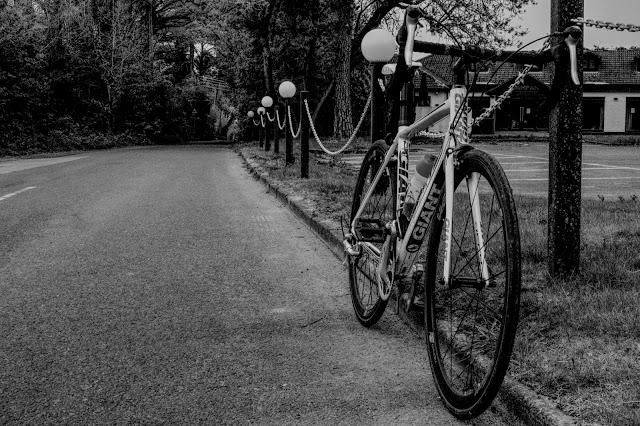 I stopped for a drink and an energy gel outside a closed restaurant. I thought the domed lights would add a bit of interest and depth to the picture.

Friday I decided to take it easy after Thursdays steep hill double header. I intended to do a local loop on the mountain bike. Trying to keep hills more manageable. Unfortunately I had picked up a couple of thorns in the back tyre on Monday. 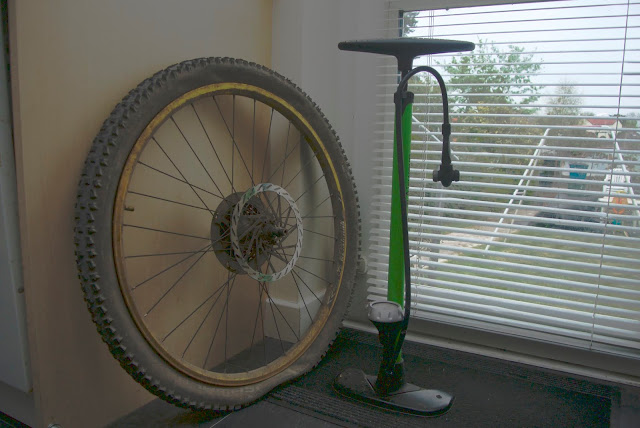 I took the road bike and completed the 13.5 miles very quickly, which was a good thing. As I opened the garage door on my return it started to rain. If I had been on the Kona, I'd have been caught out. I took the back wheel off to fix the problem in the kitchen. Two holes and a third thorn poised to cause another.

Saturday I risked the mountain bike and a gentle off road route. I have rode it a few times, it doesn't have long steep climbs. My legs appreciated it. 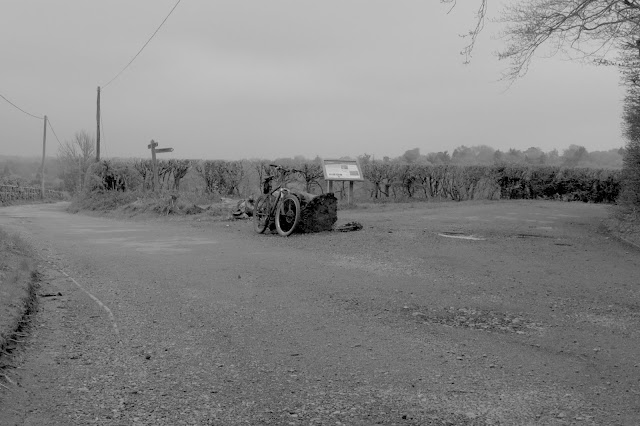 Grey skies greeted me as I left the house. My mood was the complete opposite. I am faced with the dilemma of which path to choose, how muddy will it be, will there be others using it? This time I met a groups of horse riders. A "ding" from my bell and a hello caught their attention. A few seconds while the four of them and I worked out which side of the track we each needed to use and I was on my way.

Sunday was blue skies with few fluffy white clouds. The wind was still a problem, adding a slight chill. 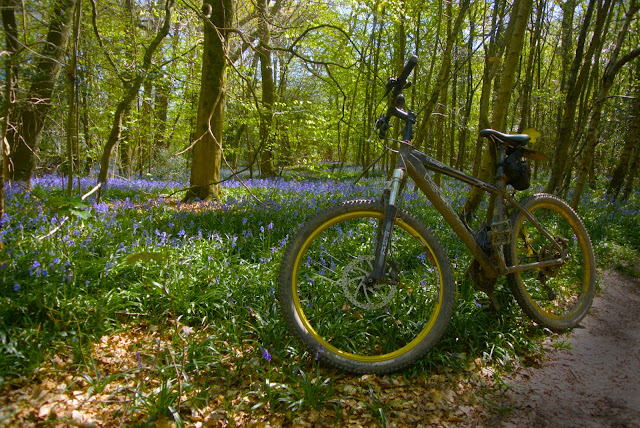 I had no option with the picture, it's the law at this time of year. You have to take a picture of the bluebells. The road was the other side of the trees, but when no cars were passing I could have been miles from anywhere. I was surrounded by them, the fragrance and peace was wonderful.

For more of my work, go to my Facebook page.
and
website
Posted by AFS Photography at 15:04:00 No comments:

Another use for the blog

As the weeks go by, I'm finding it more and more difficult to know what day of the week it is. Writing posts for the blog is helping because after each ride I add the picture and some notes to the post that will be published on the following Sunday.

The task also motivates me to get out on the bike, to make it a habit. Otherwise I fear it would be too easy to sit and stare at the telly. I have other jobs to do: cutting the grass, shopping, and cooking; creating new content is a good distraction from the mundane.

There is the challenge of taking a new picture each day, thinking about where I should go, what would be interesting.

I know few will read my words and marvel at the images, ;-) but it's still worth my time.

Without my usual working day it's good to have a focus.

For more of my work, go to my Facebook page.
and
website
Posted by AFS Photography at 14:23:00 2 comments: