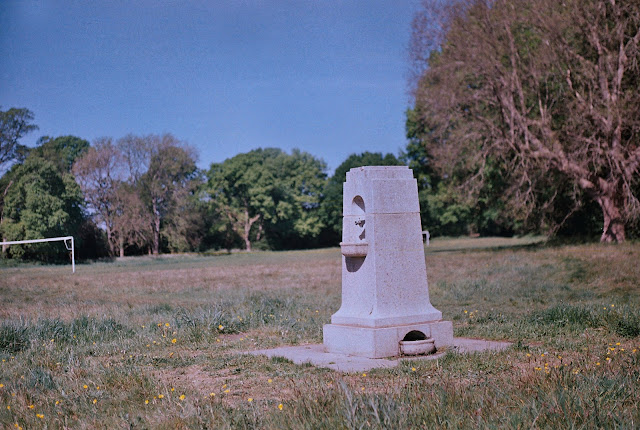 I went for a walk a few weeks ago. I wanted to test how far I could go on my recovering hip. And to use my film camera. Link to previous post.

It's been a while because it had to be processed.

The area may be familiar if you have read my previous photowalk posts.

Even though my first cameras were film, it still felt strange not see the picture I'd just taken.

I took more pictures than I would with a digital camera. I needed to use the whole roll before taking it to be processed.

There is only one focus point; in the centre of the frame, modern digital cameras have them spread across the frame.  And focusing is not automatic.

Here are some of the results.  Can you tell the difference? Bearing in mind my camera wasn't considered top of the range when new. The D700 used for previous photowalks was pro level when first released.

I had a dilemma; to edit on not. I do tweak the fully digital files so the same should be okay now. I didn't have the choice the last time I used film. And certainly not when last using this camera; in the late 1970's. The files were supplied as jpegs so editing was limited.

Unlike my digital cameras I didn't have a view through the lens. It made composing a challenge, I wasn't sure how wide the frame was.

When I got home the garden provided images for the last few frames. I could have posted the roll, but instead waited until I could walk to the camera shop.

Several weeks passed before I returned for the files, it took much longer than I had expected. Maybe another consequence of fewer people using film. I guess they develop or pickup from shops in batches and didn't have enough straight away.

What do I think of the pictures? They were all a little over exposed, I'm not sure if it was my fault or a problem with the light meter; maybe both. They lacked contrast. This was probably caused by the lens. A better one could have improved how punchy the pictures appeared. I missed focus with some shots; more practice using the camera may improve this.

I don't think I will be returning to film; for me the camera is a tool. I'll use the "best" option available to me to produce pictures. That might be a controversial opinion. Photography is not about how you capture light as much as it is the creative process. I use a computer to write this blog, it doesn't matter who made it. It just needs to connect to the internet and be able to convert my thoughts to words on a server. I could use an older computer running an older OS. But that could be more problematic, and likely involve compromises.

And adding images taken on a film camera to a post involves more people, complexity, and delay.

Don't get me wrong, I don't strive to only use the latest tech, that's wasteful and rarely necessary. I choose whatever allows me to achieve my goal in the most efficient way. Taking into consideration what I have and the cost to replace it. 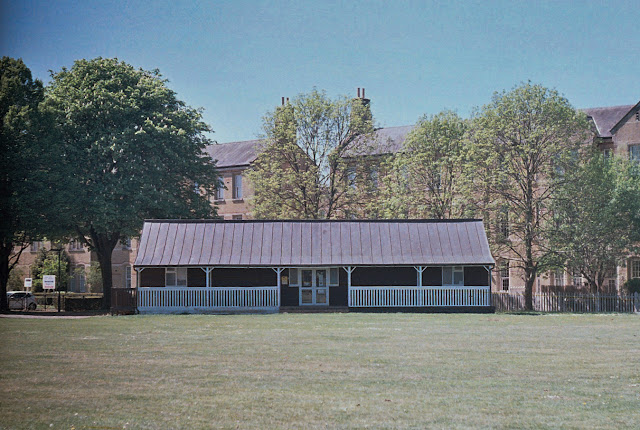 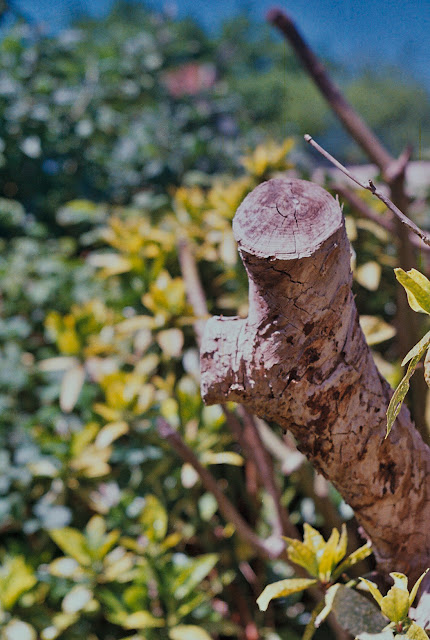 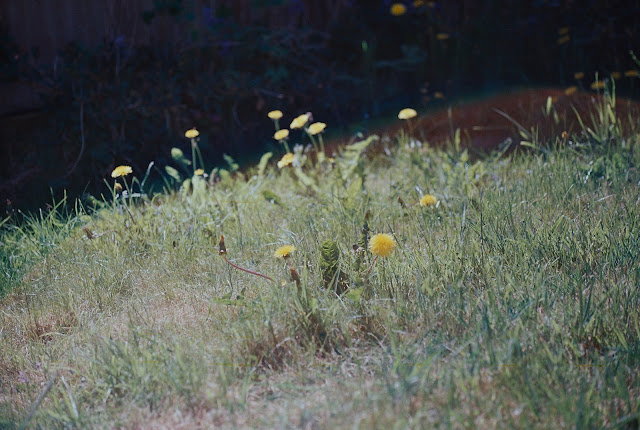 I left cutting the lawn very late this year. I normally leave it until the dandelions have almost all gone to seed. But this year I couldn't get out to use the mower so the bees and other early insects had even more time to take advantage of the bounty. 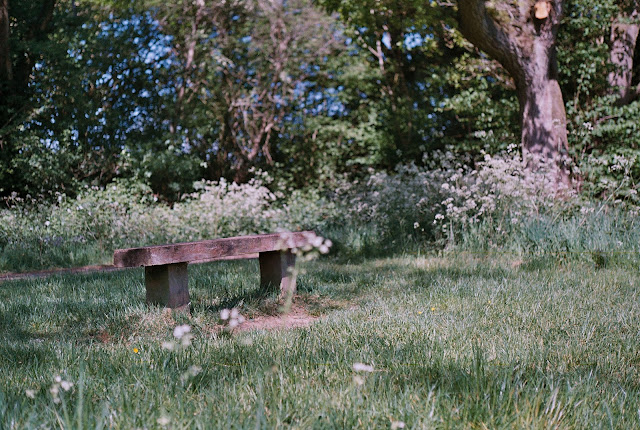 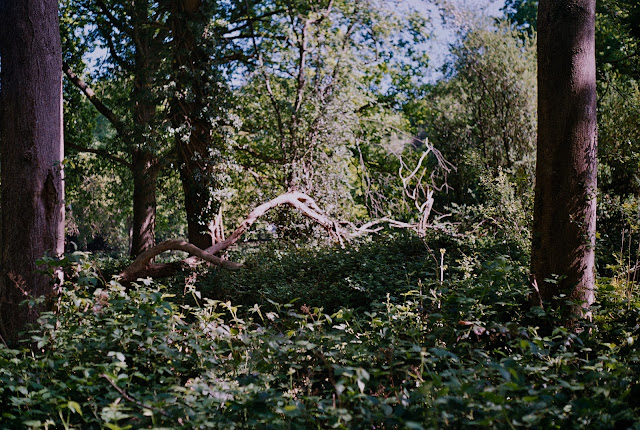 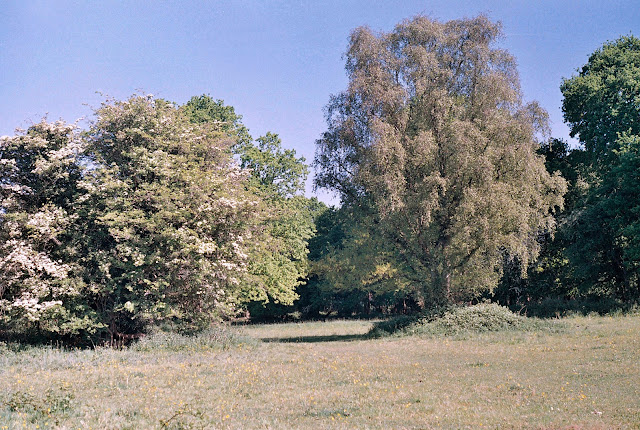 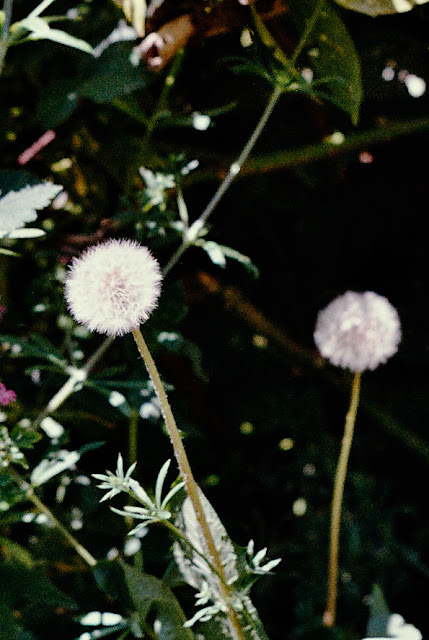 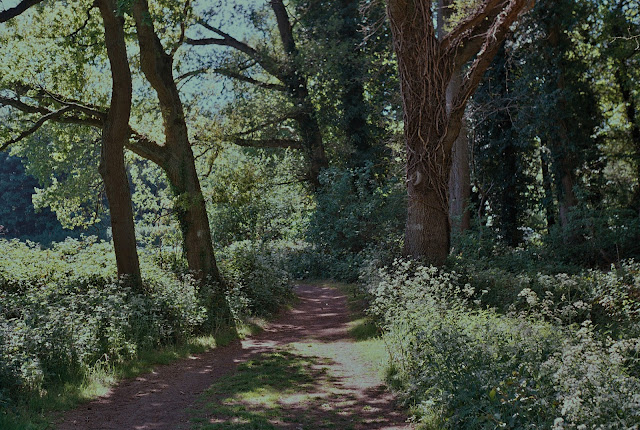 I just didn't see any advantage to film. A pro level camera may have impressed me more, but I have a high quality digital version. I have another roll, I'm not sure I'll use it with this setup. I think maybe a better body/lens combo from ebay will be needed. They don't cost much, but it'll have to wait.