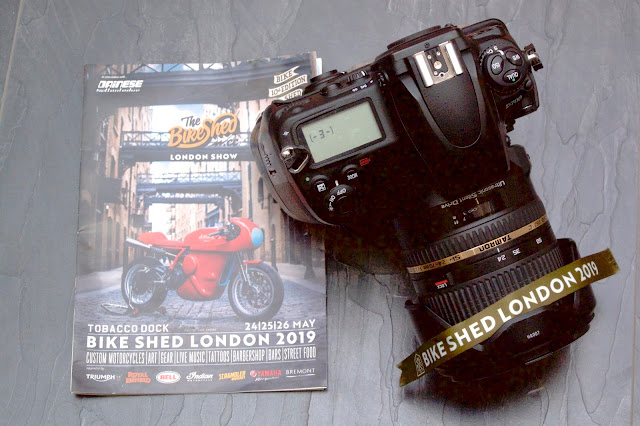 I visited the Bike Shed show 2019. The description was for custom bikes displayed without ropes, so nothing to get in the way of photography.

Tobacco Dock is a great venue, the event was very busy but it rarely felt crowded. There were many glass walled areas of various sizes. Each had a theme or housed a shop. The walkways between them showed off bikes. There was a band and an outside area, you could get your hair cut or have a tattoo. Not your average bike show, that's for sure.

The whole place had a feeling of a relaxed bike club meet, plenty of comfy couches allowed people to sit and chat.

It covered the whole spectrum; companies who would build you a bike, or sell custom parts and bikes built in a shed. One of the bigger areas was dedicated to self builds.


I talked to Alec about his Yamaha.

The major parts were stock, he had modified the rear of the frame and built his own exhaust. 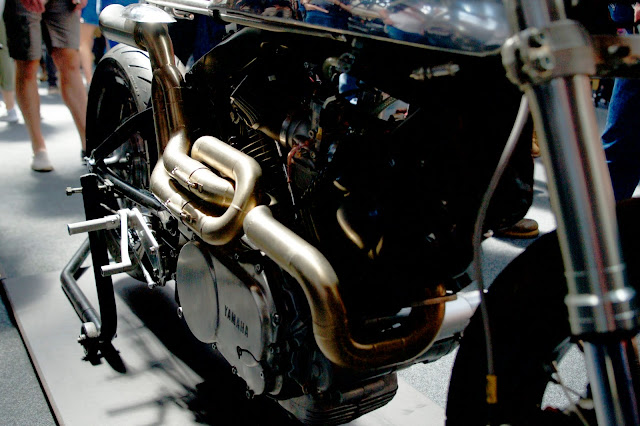 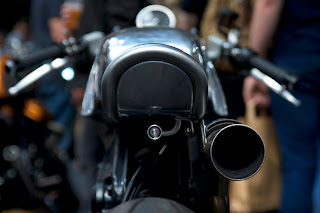 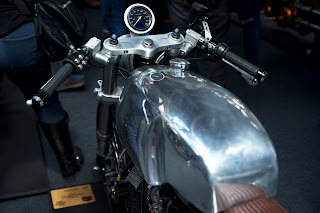 He had grafted on the front end from a fireblade. Another benefit of choosing the parts that fit you is that the bike can be tailored to your needs. I had a Ducati with low standard clip-ons. They were okay for a short time in traffic, after that it just became more and more painful. Even on the motorway three hours was the most I could do before the pain set in. Previous bike accidents may have caused some lasting damage the riding position couldn't accommodate.

Bigger companies also showed what they could do. Debolex Engineering from Croydon, not far from me were there. I have a soft spot for Ducati, so this was a must see. 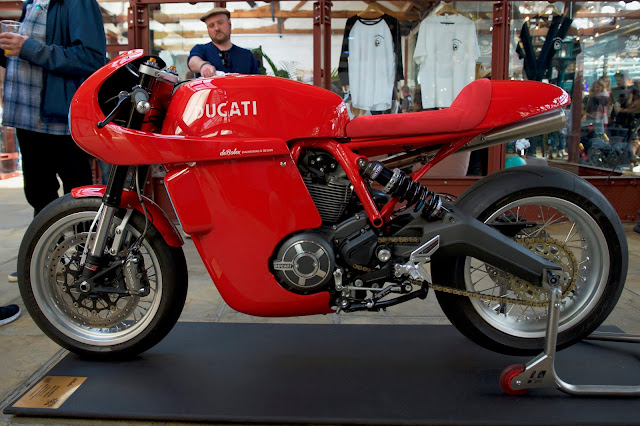 Old Barnstomer Motorcycles had a unique take on exhausts, I took the first picture and after taking the side view was handed a card as a prize for not just walking away with one shot. There was much more to the bike than the backend. 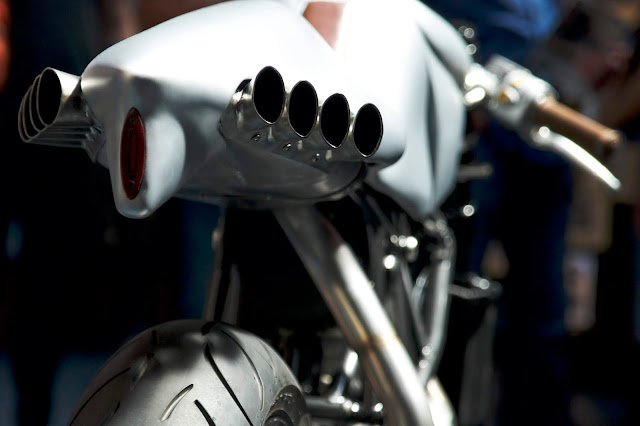 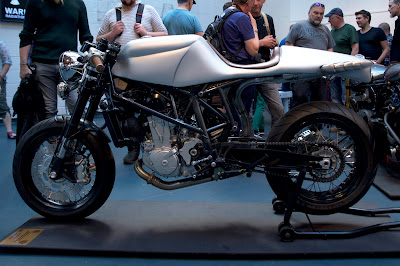 The barista from Mainhattan Choppers was next to it. 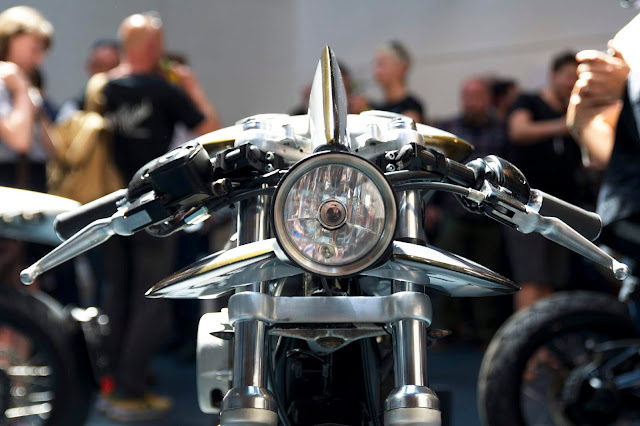 Both bikes demonstrated incredible metal work and attention to detail, as well as creativity.

There were plenty of biles from my era, Kawasakis and Suzukis I lusted over, but couldn't afford when I was young. Both given a modern twist. 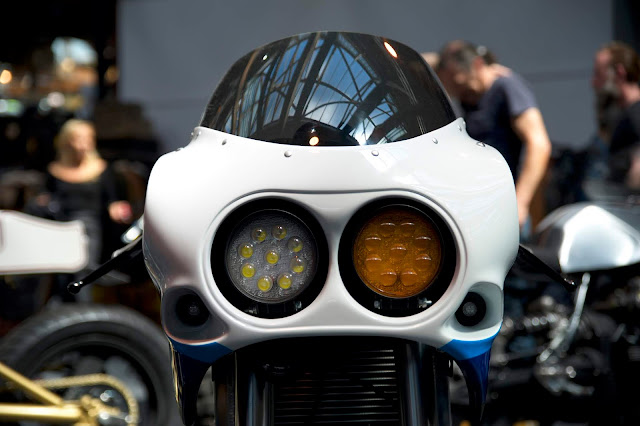 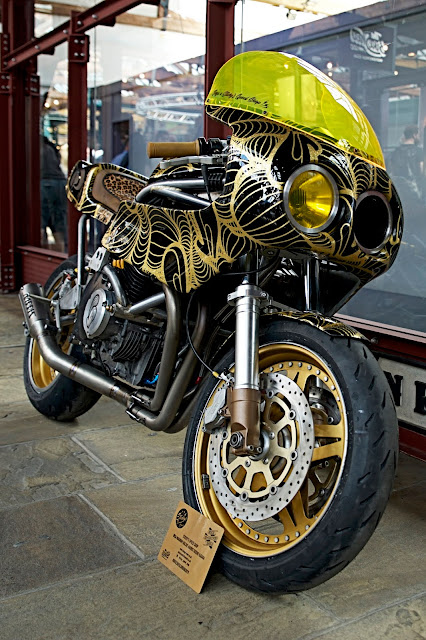 Competition bikes with their own particular requirements, and what must have been very loud exhausts took my fancy. 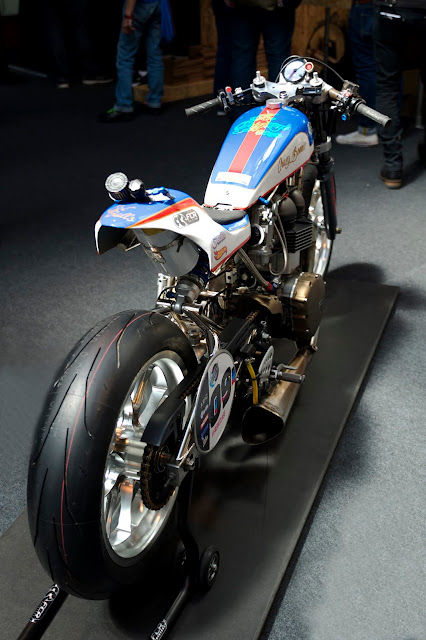 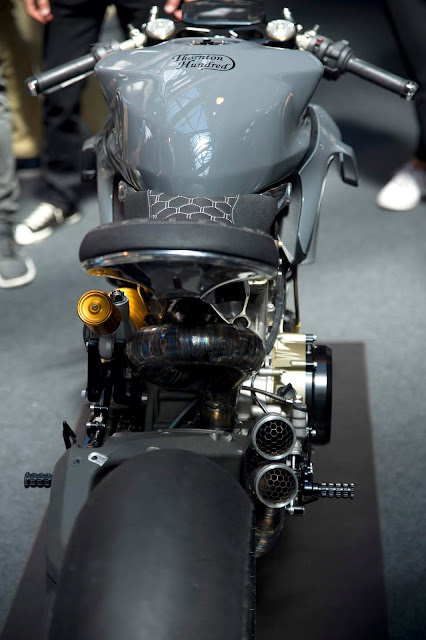 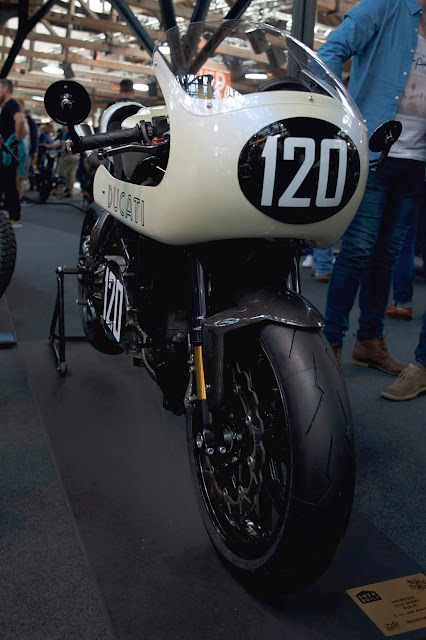 Then there was, what I can only describe as, bikes that show just how far you can go. 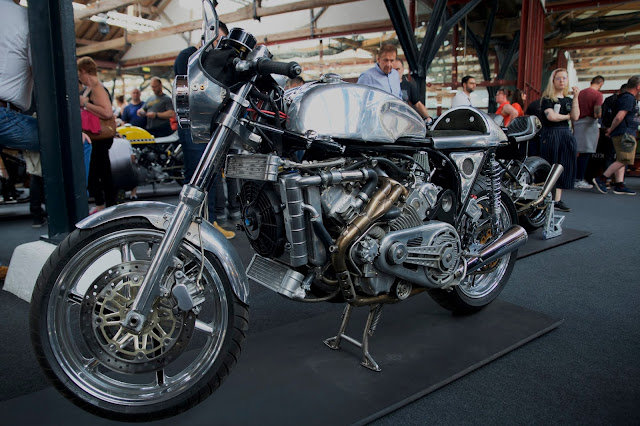 Big bike manufacturers had stands, showing their appreciation for the custom genre. 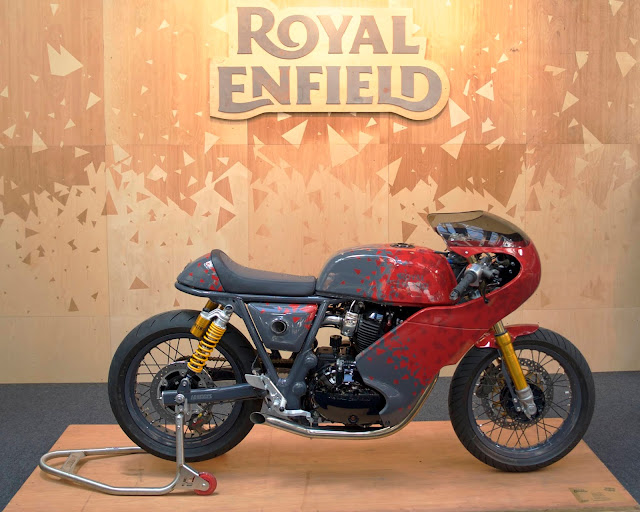 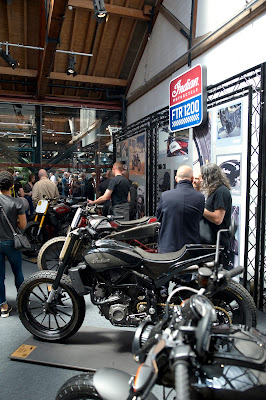 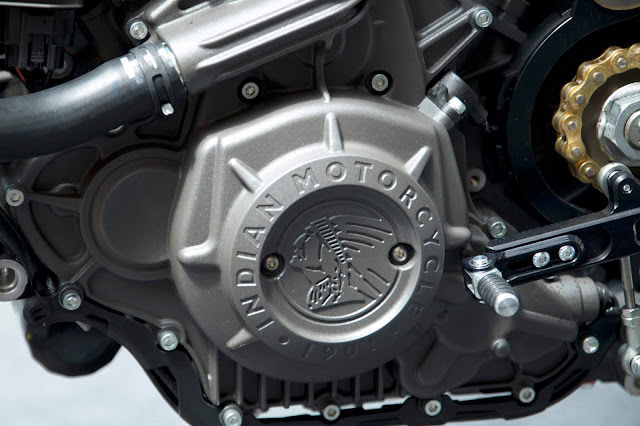 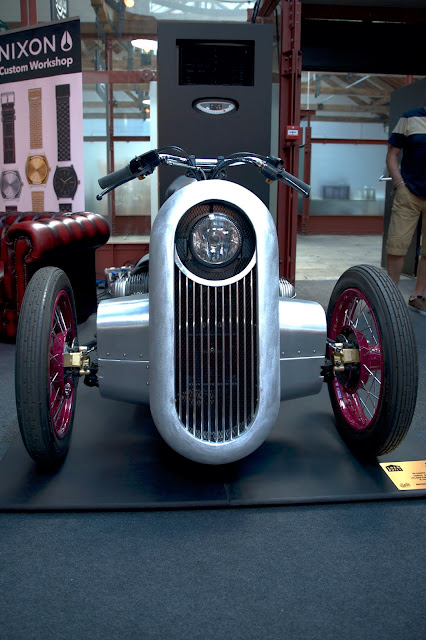 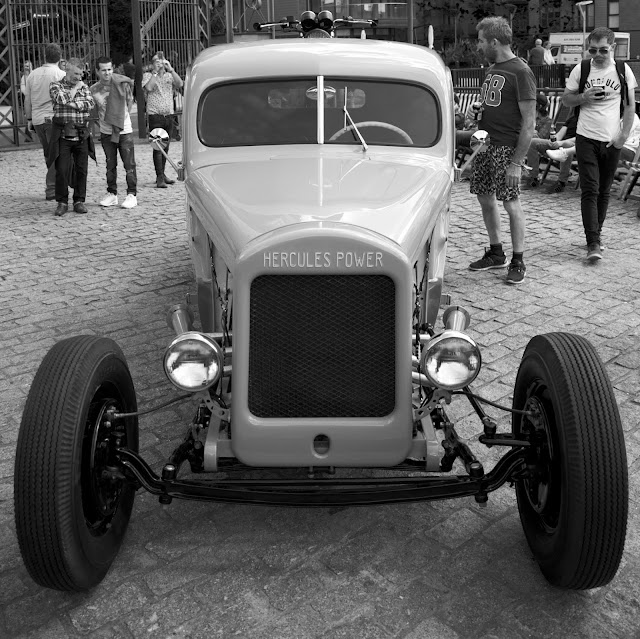 Two more of my favourites. 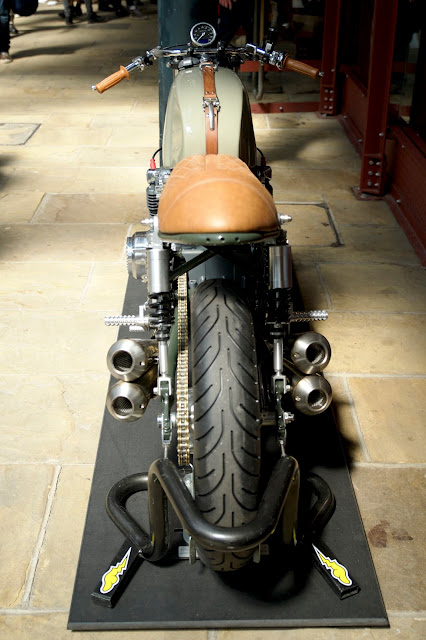 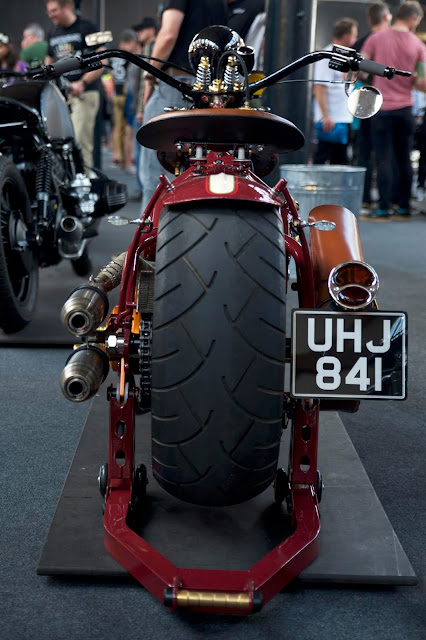 The event was very relaxed as I have said, more than that the people running it and exhibiting were friendly and approachable. And the other visitors were easy going and a pleasure to be around.

I'll be back next year.

I photographed a more informal event from last year hosted by a bike builder.