A Giant May bank holiday weekend 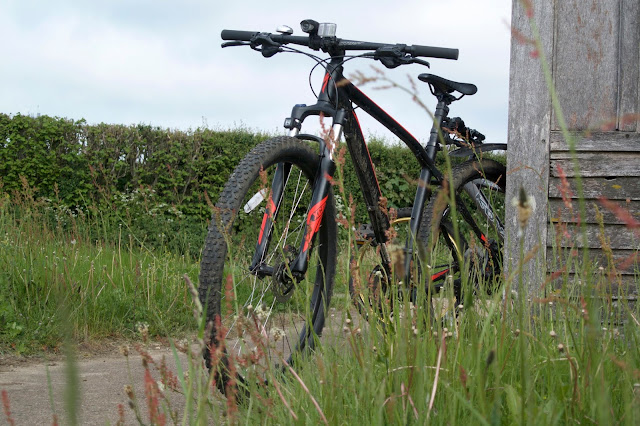 May is a great month; the weather starts to improve, and there are two bank holidays.

The last bank holiday I was alone for the three rides. It was the first of three lone weekends, Matt was away for work.

At last it was back to normal, I meet Matt at the green and we cycled to the bus stop.

Later in the day I went to the bike shed custom motorcycle show. It's a long time since I had a motorbike, plenty of ideas if I ever get another.

Sunday's route was via the church yard, as I have said before, one of my favourite places to ride to. If it was a bit further from the road it would be perfect. 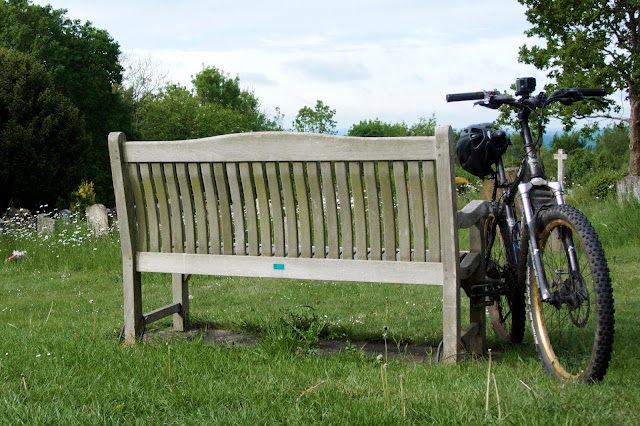 Today however Matt wasn't available so I was alone again. It did mean I could take out my new bike. When I say new, I mean new to me. It's a two year old Giant Defy 3. 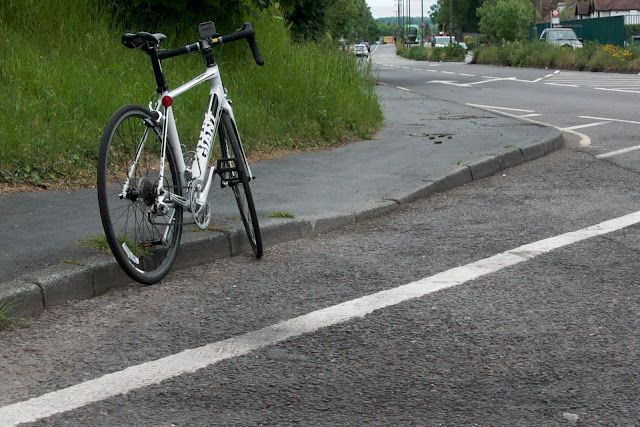 Why did I buy a new bike? There are a few reasons; the Carrera was in need of a major service, tyres brakes and head bearings were some of the replacements needed. I have said for a while how harsh the ride is, the last seven lone rides had cemented my decision.

The Giant has a frame designed to flex in the right places to absorb road shock, without compromising power transfer. The fork is made from carbon fibre, so it's lighter and can be made to be flexible in a way an alloy one can't.

So how was it?

The steering is quicker, a steeper head angle I think. It took a little getting use to, but it wasn't the big change I felt when I first rode the Carrera after the Kona.

When I got to the rough roads there was a welcome improvement. It wasn't mountain bike soft, but the harshness was gone. I could feel the flexing, I stopped to check for a puncture at one point. The pedaling power wasn't reduced but I anticipate longer rides being much less tiring without the constant jarring. On really poor roads it was faster, I didn't feel like my hands would be vibrated off the handlebars, and my vision wasn't blurred. I felt in control.

Things I would change;
The seat. The shape is a real problem. The sides slope away too quickly for me leaving a lot of weight on the centre of my, seating area. It will have to go.

The brakes. I know I'm spoiled by the hydraulic disks on the Kona, and they are similar to the Carrera's, but they don't have any bite. I slow down, but there isn't any urgency. Improving them might be expensive so I'll have to think about it.

That's it for the weekend. Only four more days until it's here again.