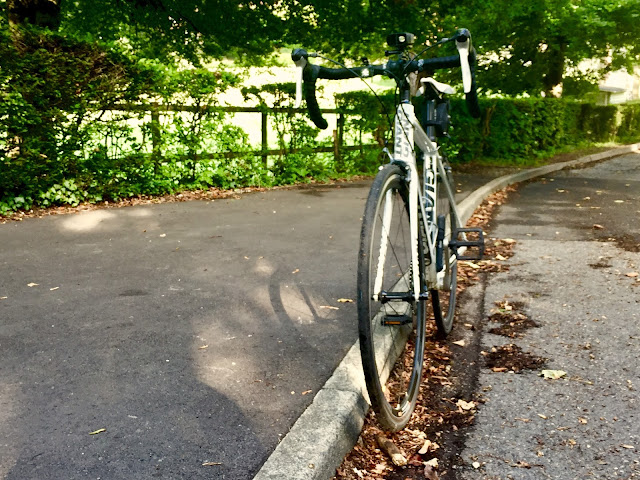 I managed to avoid a soaking on the few bad days last week. Was I so lucky this week?

Monday; it rained all day, the sun came out at five.

I tried a new route on the road bike. I wanted it to be enough of a challenge, take no more than forty five minutes and be without much traffic.

It was all of the above. Waller Lane is getting easier each time I ascend it. If only the hill climb was happening this year, I’d smash my previous best.

Tuesday; I used the mountain bike. Dry all day, and perfect weather in the evening. I expected the bridleways to be very muddy, but they were fine. I passed an old bike, in previous years the baskets were full of flowers. It was looking neglected this year. 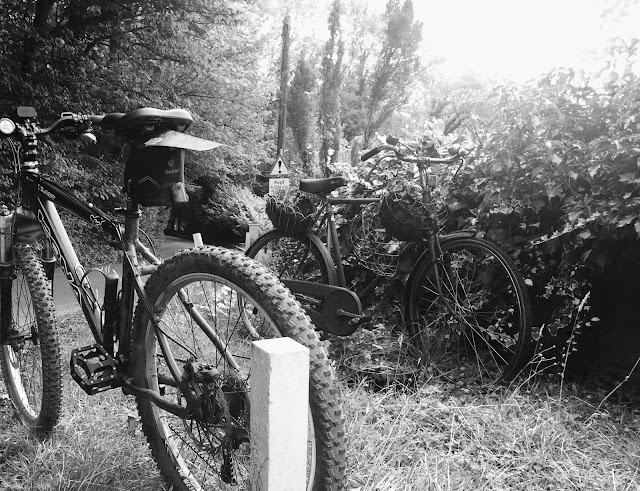 Wednesday; the weather forecast was for rain all day. It started clear; then rained all day. It didn't stop at five so I got wet and muddy.

Thursday; weather was dry and sunny during my work day, and this continued into the evening. Still plenty of mud on some paths. I'll be washing my bike at the weekend, yes folks you heard that correctly. 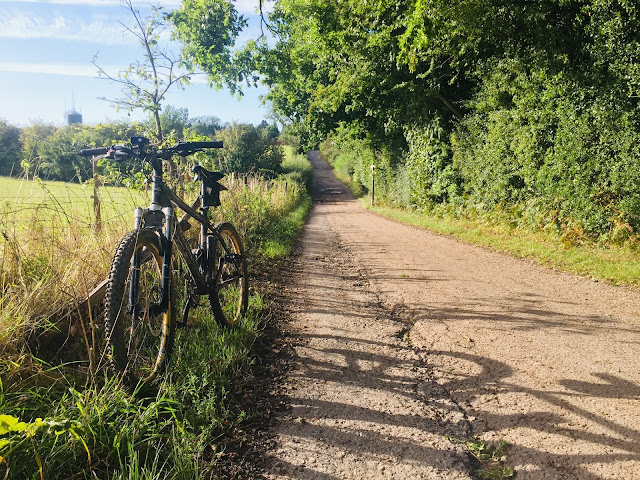 Friday; very windy all day. The whole time I could hear objects banging and crashing around outside. It was too strong; I stayed in.

Saturday; a ride planned some time ago, waiting for lockdown to ease. Out to Charlwood with James. I hadn't seen him since March; the only contact with colleagues has been email, phone and Microsoft Teams.

On the way to meet James. 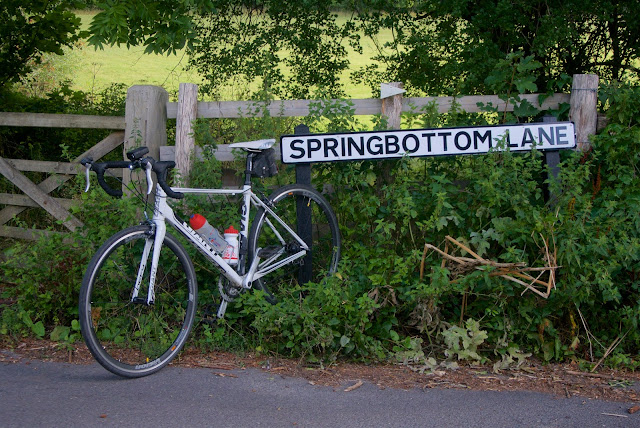 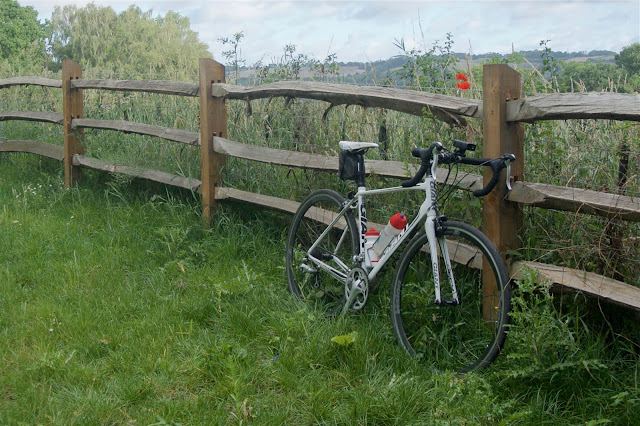 Drinking coffee and chatting with James, it's take a picture time. There were a lot of other riders in the village, not too long a queue at the shop though. 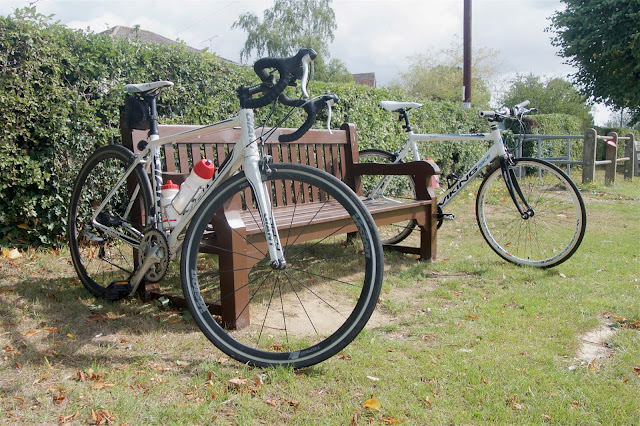 The wind had died down, and the sun was making fleeting appearances between the clouds. It did rain a little on the way to Charlwood. Talking to another rider while waiting for James to return with the coffees; others had not been so lucky.

Sunday; a return to the churchyard with Matt. I remembered my cup this time, so tea was consumed. Good times. The morning was a little chilly as I left the house a short time after seven. There was something different about me, I couldn't work out what it was at first. Then I realised I was feeling more positive than I had in a very long time. Normally this is fleeting, my mind conjures up everything that will now go wrong. This time however I couldn't do it, I couldn't bring myself down. Riding to meet Matt, the trip on Saturday, being back at work and my much improved fitness are all helping more than I had appreciated.

Side note: recent pictures have been taken with my phone, I am riding with the Nikon less often. Getting it out of the saddle bag is a pain.

The iPhone 6 is okay in good light, but there are times I need to use a flash. The built in option isn't very powerful or directional. I'll look for an alternative, waterproof solution that is easier to access.

Cycling after work is now a habit, it's keeping me level. I had thought going back to work would be very stressful. It has caused some anxiety, but I am coping well. I don't feel my depression is building, I have it under control.

Whilst having a coffee one evening I took some more pictures in my garden. 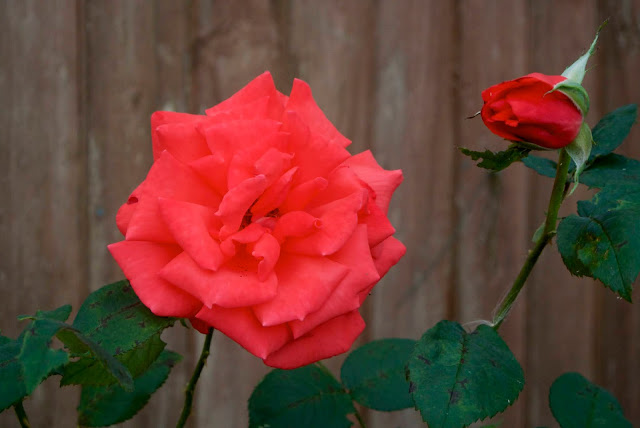 I thought it looked like the bud on the right was blowing a kiss to the open bloom.