I have been very lucky with the mostly pleasant weather. It has rained but it's never been so bad I didn't go out.

This week the sun stepped up a few notches. By Wednesday I was starting the struggle, so on Thursday I didn't go out until mid afternoon. It was still very hot but at least there was the occasional patches of shade, not available at midday. 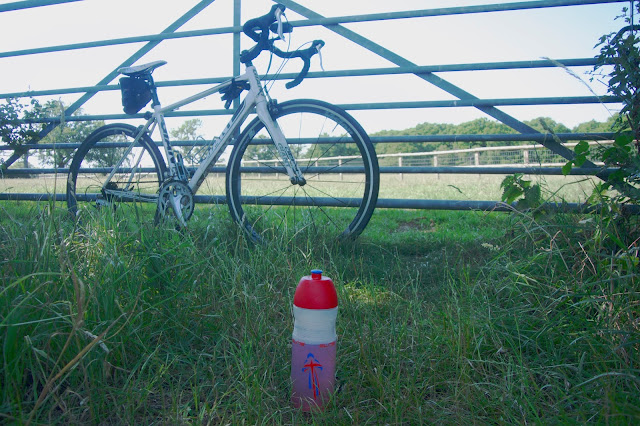 I stopped under a tree for a drink and something to eat, it was just the boost I needed to get home.
For the first time in my life I might have a tan that people will notice. Normally when I get back from holiday I'm asked if it rained the whole time. I put plenty of suncream on so any colour change takes a while to develop. 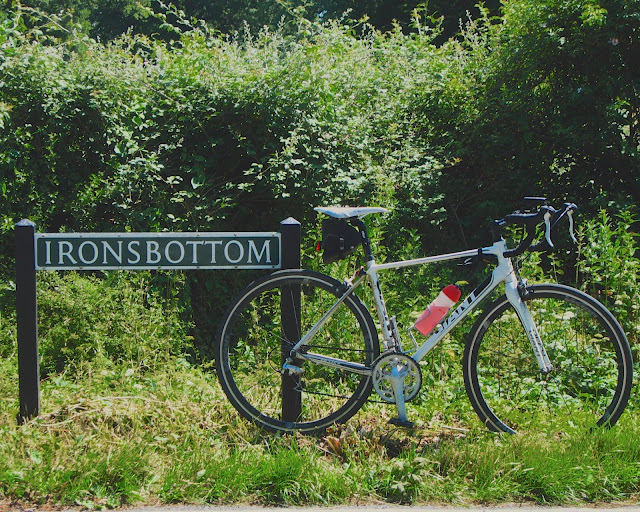 I rode a new route, riding through Irons Bottom. It's south of Reigate on the way to Leigh, pronounced lie. Two roads I took to get there were Hogtrough Lane and Philanthropic Road; between Nutfield and Earlswood.

There is another strange name near Godstone; Bullbeggars Lane.

I might start scanning the map and head for a location just because of the name.

No more weird place or road names but I did stop to allow a grass snake to move off the road.


Friday wasn't such a good day, I got my first puncture on the road bike. I saw some debris too late  and couldn't avoid it. Ten miles from home and at first I thought I might have damaged the tyre or wheel; the hit was very hard. But fortunately it was only the inner tube, once swapped, causing a snapped tyre lever, I was good to go. I decided not to continue on my intended thirty mile loop, but head straight for home. I hadn't left the house even later, just after five because of the heat so I was now running behind schedule.
I bought the bike in May 2019, and in the last three month alone I have ridden it well over twelve hundred miles without a problem. That is a long way without a flat tyre.

What difference Saturday was; I now left later than normal to avoid the heavy rain. I got a little lost but made it back in good time. 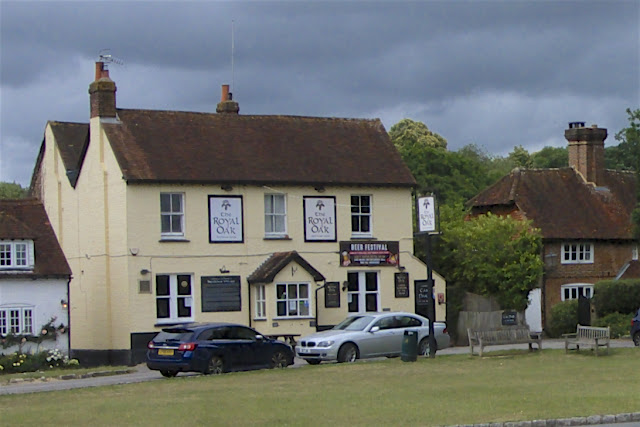 I stopped for a drink from my water bottle opposite The Royal Oak Brockham. It'll be opening soon, so I may return for a beer. The only question being; is there somewhere to lock up the bike?

Nearly home on Saturday and saw this group. How good is this?