I’m not normally a militant person, but the last few months have changed that.

Whilst cycling I have noticed an increasing issue with motor vehicles leaving me little room as they pass me. It should be at least a meter, but is often much less. I’ll even get overtaken when there is on coming traffic. So it’s my safety and that of the other drivers at risk.   I use to just shout and gesture, but I don’t think it’s very effective. I now record my rides. And then report the offenders to the police. In Surrey this can be done online. At first I used stills, but it seams video is the only way to get the police to act.  This weekend was my first foray into motion pictures.

What was most disappointing about the first one was that there was a bike on the roof rack. A fellow cyclist driving with such little regard for my safety and well-being.

Friends say that they wouldn’t go out cycling because it’s too dangerous. But if they did it would only be on the pavement. I have said in the past that as long as stay aware of your surroundings it’s fine.

But it’s not. All cyclists should record their rides, and report bad drivers. It might not be a top priority for the police, but if enough people report it. Something might be done. I’m going to contact my MP and local councillor. I have seen operations in other areas where plain clothes police cycle along problem roads to catch bad drivers. This needs to come to Surrey and Kent.

Now I know people are angered by cyclists. Jumping red lights, riding on pavements, etc. Cyclists have to take responsibility for their actions and safety. And definitely not break the law.

Another example of poor driving was how cars drove in the fog this morning, it was pretty thick in places. Most cars didn’t have their headlights on.

People are getting more selfish, less considerate and it has to be said; more stupid. 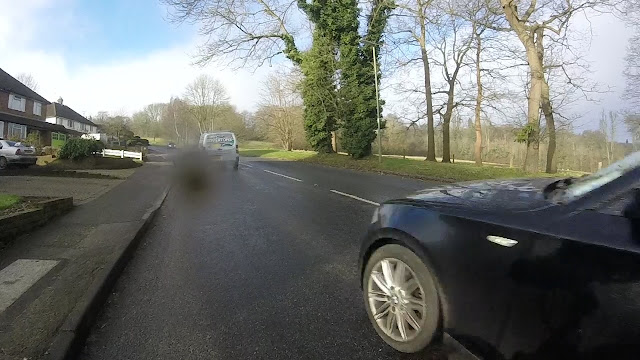 
For more of my work, go to my Facebook page.
and
website
Posted by AFS Photography at 18:51:00 No comments: