Show me the money

I use to watch most motorsport, gradually it left my schedule, F1 being the first. It is all about money, with less dependence on the human element. Other four wheeled racing followed, finally the two wheelers no longer interested me. When human frailty is removed from the equation it becomes a race to spend the most.

So what do I watch now?

Cycling; more specifically road racing. There is a lot of money in the top flight, if you are a mens team. It's very different for the women's side of the sport, that really needs to change. They don't have so many live televised events, or the same length of races. This is wrong; why don't the organisers do more to promote it? More screen time will mean more sponsors, it's a little chicken and egg at the moment.

The top teams spend big, up to around £40 million. This could sterelise the sport, as it does for the motorised genre. The better funded teams generally lead the races, but the winner is never certain. The recent Tour de France for example; Ineos with Egan Bernal were favourites. I think they have the biggest budget, he pulled out due to injury. Anyone from any team could crash, become ill, or just have a bad few days, especially in the mountains. That's all it takes for any hope of winning to disappear. Three weeks, 3,484.2 km (2,165.0 miles) with only two rest days. This year it went down to the wire, with a mammoth effort on the last stage from Tadej Pogacar to win.

I must admit to imagining myself in those races, testing my determination against whatever the course throws at me. I also think about some of the endurance events, how great would it be to complete them with friends?

And now for the regular feature; pics from the daily rides. 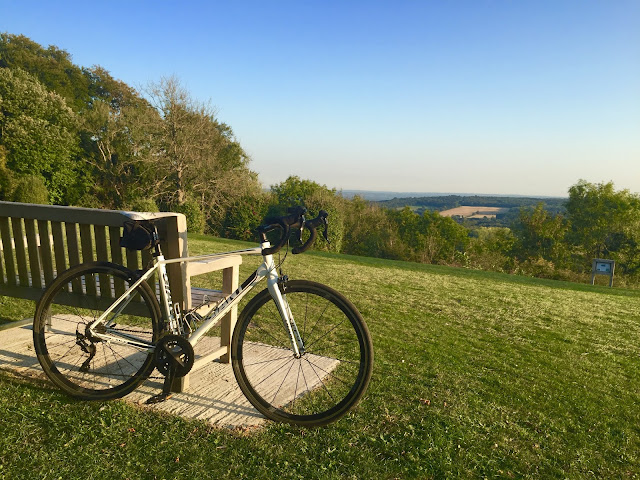 The weather was still great at the beginning of the week, starting to see sunset colour during my ride 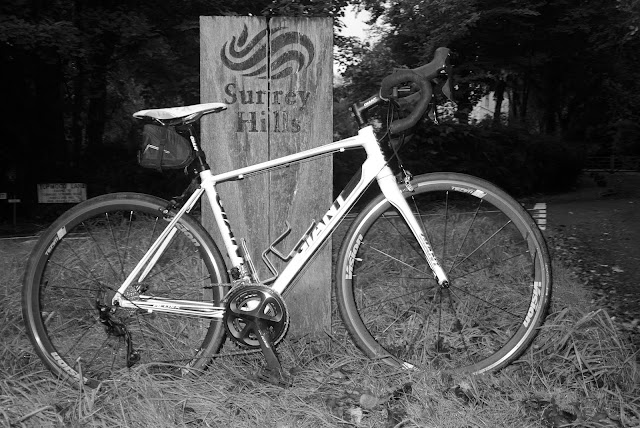 The nights are getting darker.
My after work route is only twelve miles but it includes four steep hills, two of which I first ride down, turn around, and then ride to the top again. On Wednesday night I passed the same people on both hills as I rode in both directions. I wondered what they might be thinking. They gave me a half smile, half laugh the last time our paths crossed.
I also got a puncture on Waller Lane, the camera caught the moment, with sound.
I hope the evenings will be as nice as the one on Thursday. It was wet all day, I did got dirty, but the sunset was worth going out. 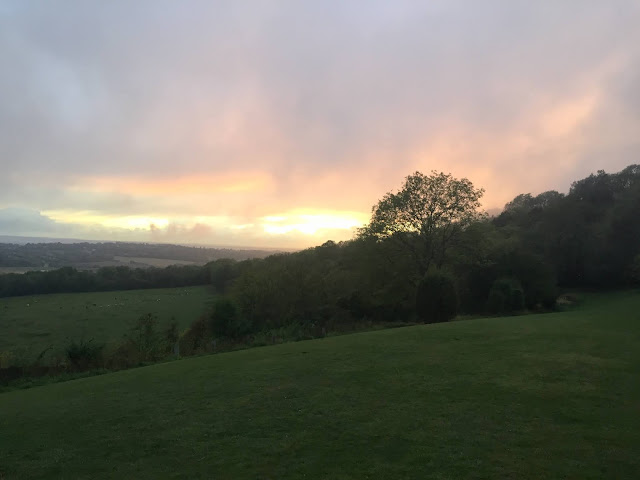 The wind made a big impression on Saturday. I went out with Oxted Cycle Club in a faster group than previously, it was okay at first. As we neared the end I ran out of acceleration; if I needed to catch up on a hill I had nothing left. It felt like there had been a headwind most of the time, not too bad if I was in a slipstream. A few feet further back I lost that help, and could not regain my position, the gap increased quickly. It was a weird feeling, I wasn't out of breath, my legs just didn't have any extra push.
Matt and I met at our winter residence on Sunday, the Tatsfield village bus stop. It's covered location is less exposed to the weather than our summer locations. 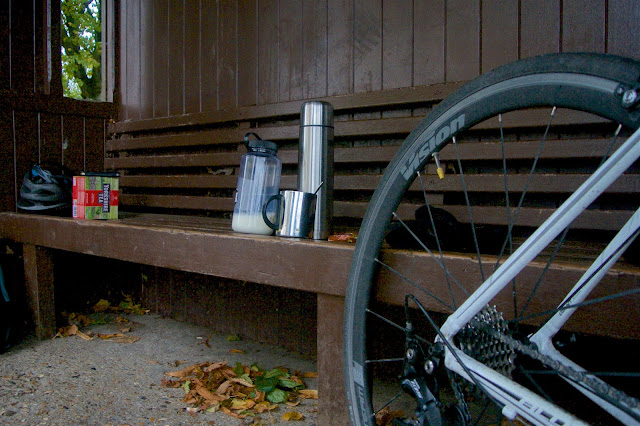 During the week Matt had discovered an off road route from Redhill to Caterham. I knew some of it, but there would still plenty to explore for me. A ride to a cafe and back, what's not to like.
Posted by AFS Photography at 11:08:00 1 comment: