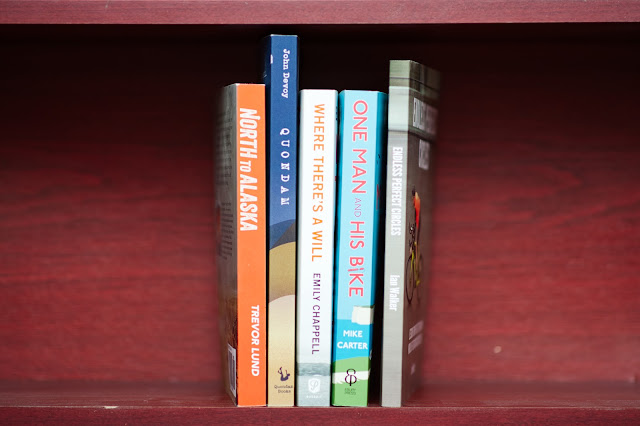 I haven't had to dedicate a whole room to my collection just yet. The total stands at five. They are about people riding long distance. The common themes are: how they coped, why they did it, and what they got out of it.

The first book, North to Alaska, written by Trevor Lund. I read it in March last year. I think I'll read it again.

It hooked me straight away. The pace, level of detail and writing style is just about right for me. Each day as I got comfy to read it I found myself wanting to complete one more page before having to stop.

He started in the cold, went through everything nature could throw at him, and ended in the cold. Starting with a companion, who wasn't as sure about the journey as Trevor. These rides seems to need a determination that is often not contagious amongst family and friends.

The many constants across these books that I think kept me reading were how they were able to dig a little deeper when faced with adversity, and the kindness of strangers; forgive the cliche. It is encouraging to read we are capable of more than we know, and the world isn't as hostile a place as we are lead to believe.

Quondam Travels in a Once World by John Devoy. About an epic ride he did in 1985. It covers the story of the Cairo to Nairobi part of his journey from above the arctic circle to Cape Town in South Africa. It really opens up the mental as well as the physical challenge. A great twist is that he also mentions how the areas have changed during the intervening years. Many of the countries went on to be blighted by civil wars.  Buy direct from John.

Where There's a Will by Emily Chappell. First thing to note; I bought it direct from Emily. Very fast delivery, and it's signed. Buy direct from Emily. It's another page turner about her participation in the transcontinental race, and much more. After days or weeks focused on one goal it would be a jolt to not have that single target in front of you. I've never been in a race, but have had longer, multiple day challenges. It took a couple of days to get use to a normal daily routine.

Mike Carter's One Man and His Bike. I can understand his desire to just keep cycling. I have on occasion turned away from home to ride a little further. Never to circumnavigate the British Isles though. He makes connections with many people as he travels. It's funny and educational; giving a little info about some of the places he pedals through. You can follow the path of his bike around the pages of the book. It took me until chapter eight to see it.

Endless Perfect Circles by Ian Walker. Ian became a record breaking ultra long distance rider in his forties. I can sympathise with Tom about sport at school. Although it wasn't the quality of the teachers as much as I have never been good at team sports. I looked forward to the cross country run during the winter. I wasn't very fast but at least it meant I could avoid demonstrating my lack of sporting prowess. I'd jog out of the grounds, up the road, across some fields and be back in time to shower before everyone else. The rest of the year was being picked last for teams, and trying to avoid responsibility for attack or defence.

Ian wrote about finding a competitiveness that he didn't know he had, of realising that racing was a task that had an ending.

It's the reason I started to use Strava, not to compare myself with others or to compete with anyone. I use it to set tasks to complete each month.

I haven't cycled any distances to rival these epic rides, or had to sleep rough; but it does resonate with me. A few years ago two friends and I rode to Paris - unsupported - we carried all we needed on the bikes.

The South Downs Way was the following year: two days of mostly off road. I think it was a greater challenge than Paris. We were often reduced to pushing our laden bikes, the mud was so think the wheels became choked with it.

I felt a little guilt as I read these books, sat on my couch, hot drink at hand. If I got hungry it was just a few steps to the kitchen.

I recommend all of them; insightful, helpful, entertaining, and thought provoking. I eagerly turned the pages, wanting to know what happened next. Tempered by the realisation that the quicker I read, the sooner I would finish.

What other books should I buy now? 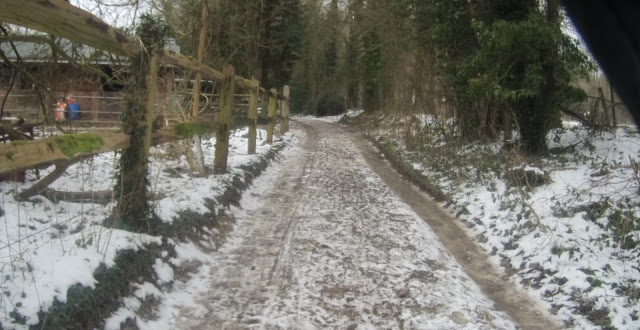 That's how long I rode the indoor trainer. Previously I had just spent the odd day - when it was too cold and icy - in the garage. But that whole week was a really cold period with plenty of snow and ice that didn't melt until the Saturday. Despite what the time stamp on the videos says, it was Sunday when I finally ventured out. Almost all of the roads were completely clear of snow. Not the case for the pavements, they still presented a real danger to pedestrians. I thought the off road lanes would have a good coating of snow, and provide some interesting riding. And where it had melted the ground would still be frozen. 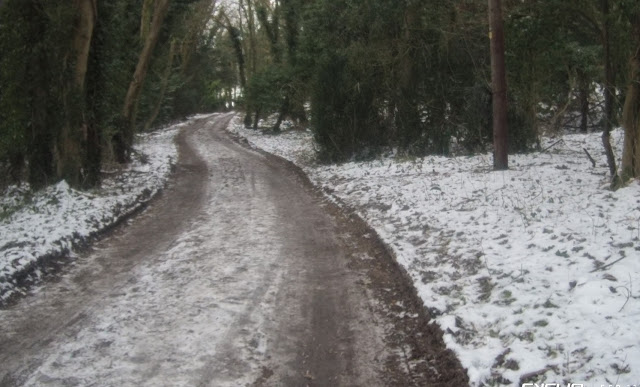 Unfortunately there was a lot of ice and mud, I was forced to dismount and walk the bike over the worst of it.

Some of the ice covered puddles had a thicker layer than would break under my weight, again forcing me to gingerly walk.

I made it with with only one mishap. A gentle slope caused the bike to slid slowly from under me. I easily got a foot down before I hit the ground.

I've now had a whole week outside, hopfully the cold weather is gone for this winter. 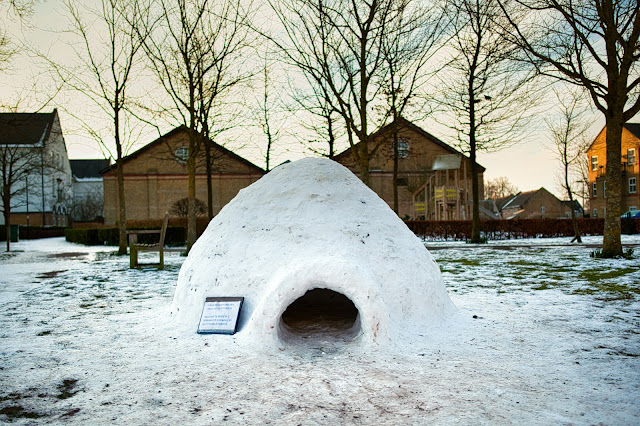 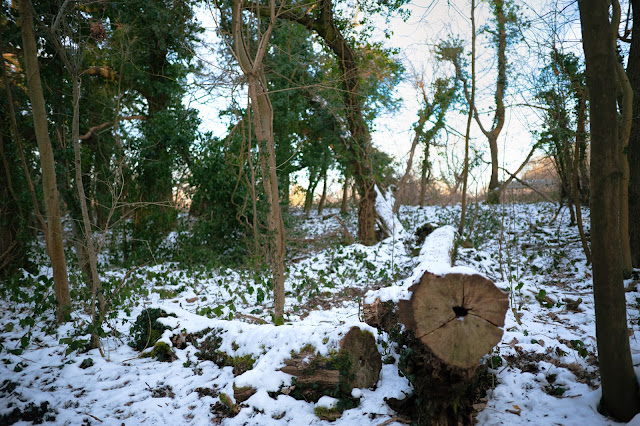 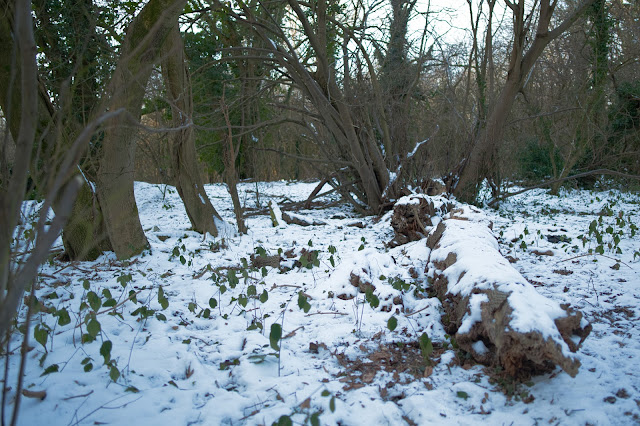 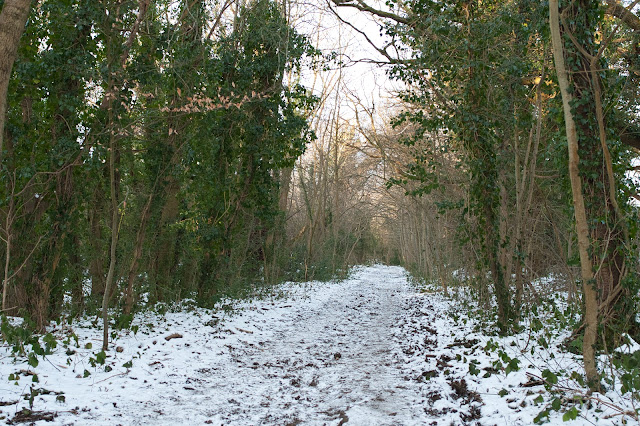 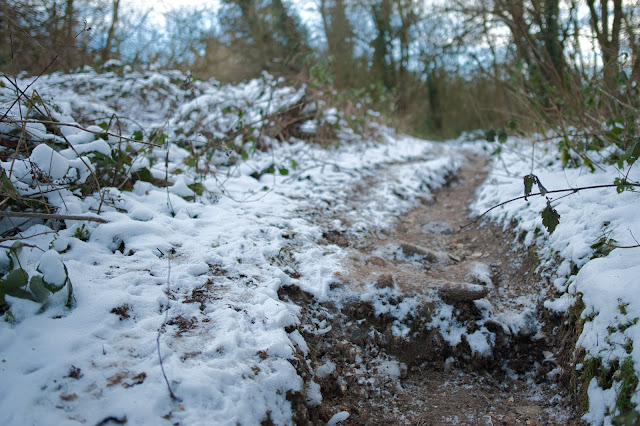 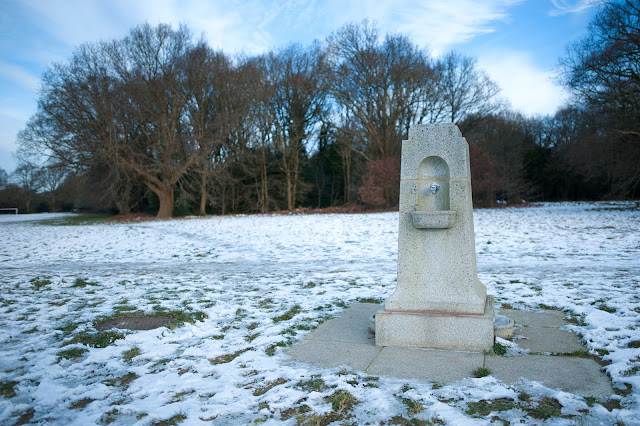 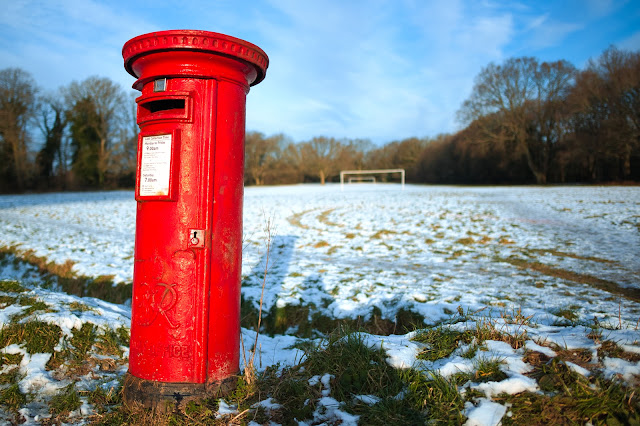 When it gets too heavy

Whilst talking to a friend recently I had cause to look back and think how far I had come from the feelings of total exhaustion prior to Jan 2020.

I realised that I had changed from always seeing the negative in what I said, did and heard. Constantly adding more pressure onto myself. I now have more energy. It's wasn't just physical tiredness. My mind wouldn't, or couldn't switch off. It felt like a physical weight, a restriction at every joint, and a dull ache in my muscles.

There were days when it wasn't this way, but not many. Now less days have me looking forward to going back to sleep the moment I wake.

Contrary to what you might think, cycling and expending energy has been a big part of this change. After a ride I am energised, and my mood is lifted. I sleep better - a major improvement - which aids my ability to cope.

I returned to cycling as an adult about fifteen years ago. I live on the top of a hill, so every return journey had me pushing the bike up those final hills. I'd ride as far as I could before the world started to go grey. Each week this would happen a few feet further up the hill, I'd set a target of one more lampost. Eventually I completed the climb without getting off.

That's how I deal with other challenges. Break it down into smaller tasks, and be satisfied at the completion of each of them. And ask for help.

Email ThisBlogThis!Share to TwitterShare to FacebookShare to Pinterest
Labels: depression

How do the blog posts come about?

Some are the result of a specific goal, the photowalks for instance, or cycling topics. Photoshoots have been off limits since this one; this one just made it before the start of the first lockdown.

Others come about as a result of reading or viewing something interesting, I give you my views.

I write a few reviews about an item I have bought, especially if it was a replacement, or about a topic I have covered in the past.

Finally inspiration can arrive during my cycle rides.

The title changes many times as I write, I frequently spend many days or weeks editing. A whole paragraph can be cut during.

These paragraphs often start other posts.

Or I just have a title; weeks can pass before I start adding text.

I often have more than one idea in progress, as I wrote this one there were three others waiting in the wings.

I make an effort to be positive, it would be wonderful if my words lifted a readers spirits. Or started a new thought process that helped in some way.

When the weather improves I might start going for early morning walks or rides. Seeing the sunrise could be a great way to start the day. And set me writing another post, or just take a few nice pictures.