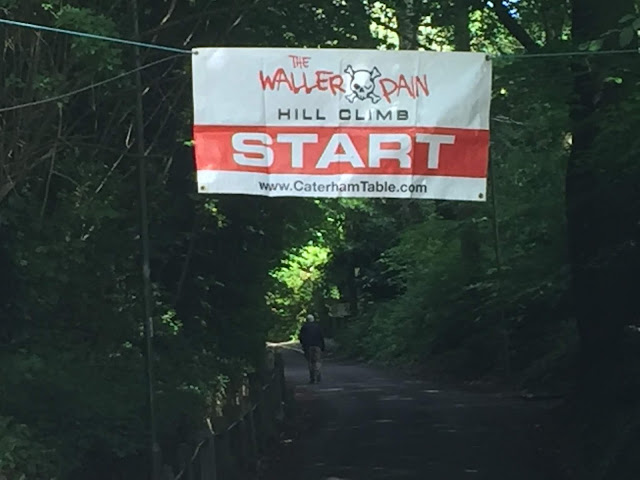 It was that time again. The Waller Lane hill climb organised by the Caterham Roundtable. Last year I did it in 2:59. I wanted to beat that time.

I went out yesterday, just a short ride to the bus stop with Matt. It was raining as I left the house, but stopped quickly. I really needed to get out, and I'm glad the showers didn't persuade me not to.

Last year I was pushing harder on the hills during rides leading up to the climb. This year I have ridden more miles than normal. And acquired a new to me bike. Lighter and a better fit. Last night watching the Giro d'Italia for inspiration. The last week is all about hills, so it was good motivation.

Road cycling is the only sport I watch, I think because I could almost see myself doing it. Not racing maybe but cycling all day with nothing else to think about it. In 2011 two friends and myself cycled to Paris; a brilliant four days. The next year it was the same group and two days for the South Downs Way.

I cycle every weekend for twenty to thirty miles and I wouldn't miss it. Chatting during our tea stop is equally relaxing. But it's only for an hour or so, and then back to real life.

I'll try to do a few all day rides this year, via a pub for lunch.

There were less people lined up so my turn came round quickly. An interesting bike was a very old tandem. 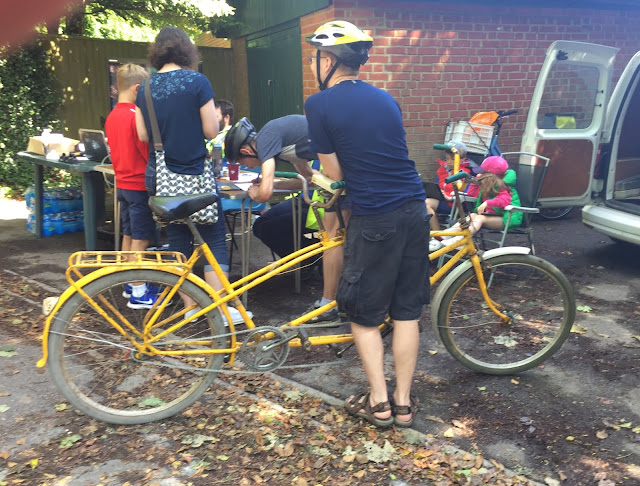 They had a couple of test starts, the weight and gearing meant a run up and pushers were needed. They started after me so I don't know if they made it to the top. It looked like it would have been tough.

The starter announced my name and the age group I was in; 40 plus. He did say I looked just old enough. Which was nice.

I started off faster then last year, which may have been a mistake, about half way up I began to wilt. But I got a second wind and as the last third flattened off a bit I managed to change up gear and accelerate. And my time; 2:49. So I was a little quicker than last year, but not as fast as I had hoped.

I remembered to press the record button before the start this time.


For more of my work, go to my Facebook page.
and
website
Posted by AFS Photography at 11:37:00 No comments: