Have I got a problem? 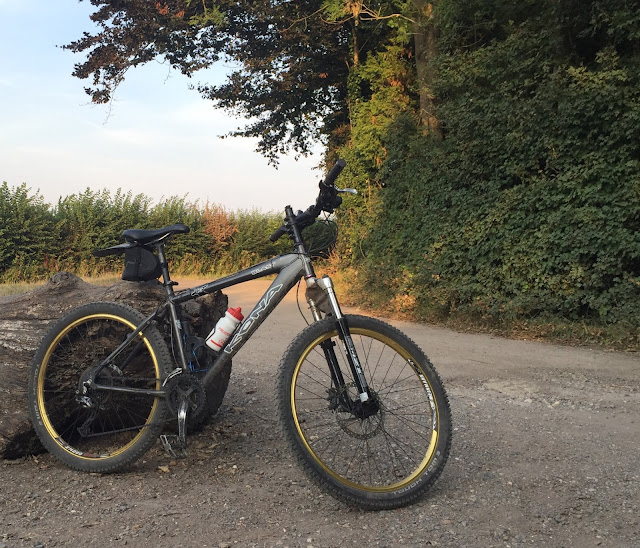 Last Sunday, after dinner I found myself at a loose end, I had ridden in the morning to see Matt. Instead of watching television I went for a ride; the offroad eight mile loop.

I am already planning how I can do more, do I have a problem?

Pre lockdown the weekend rides were enough most of the time. Occasionally I would take on a longer ride. Now I need to cycle everyday, at least for a short distance. I'm not taking addiction lightly, it can be very serious and life changing. Cycling is a positive one for me.

I went out on the mountain bike Monday through Wednesday. It got hotter and hotter, the evening temperatures were still over 30. Having sat in a small, stuffy room for the day it was good to be out.

Ross Cycles had it on Thursday to replace the gear cable and give it a service. 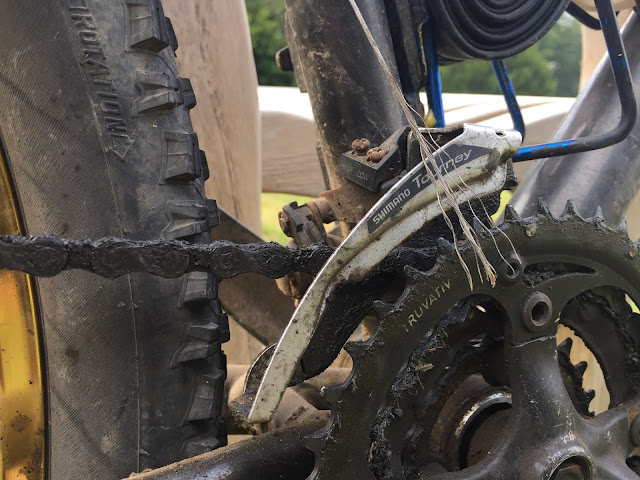 The last four months have been harder than normal for both bikes, they are showing signs of distress. Nearly 3000 miles, split 2500 road, and around 500 mountain bike. That's over 18 months of normal riding in four. 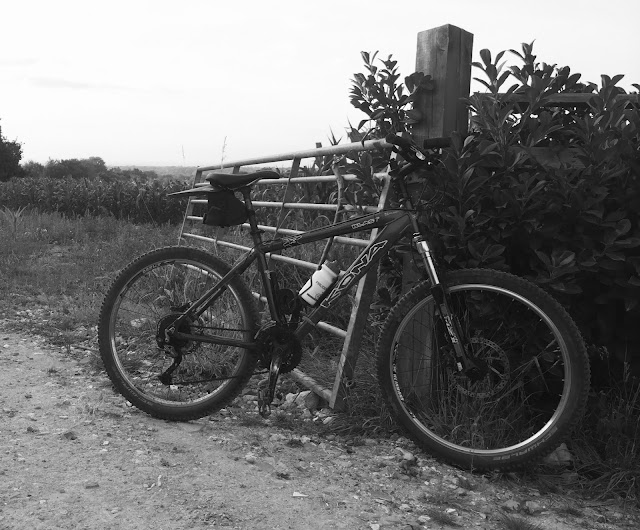 This and the shot at the top are only five minutes from my house. It's good to be able to ride off road so easily.

Thursday started very hot again, but by mid afternoon the thunder was rolling in, getting louder and louder. And then near biblical rain poured down and the storm raged. I wasn't going out in that. Although I did google: is it safe to ride a bike in lightning. At five when I finished work the clouds had departed. So out I went on the road bike, a ten mile loop that included two stretches of single track lanes. There can be temporary hold ups caused by opposing traffic, normally it's only a couple of vehicles and everyone is sensible - not today - both lanes became blocked with drivers unwilling to back down, or unable to plan ahead.

And to complete the experience a very big, deep puddle.

Friday promised rain, but it never came. The same route as Thursday had much less traffic; the M25 and M23 running normally so no-one was cutting through the lanes.

Saturdays ride was fitted in between other tasks I had planned, I still managed to ride to Charlwood though. Getting there almost dry, a short shower coincided with a bus shelter being available. A big posh house opposite, had a mediterranean feel to its appearance. 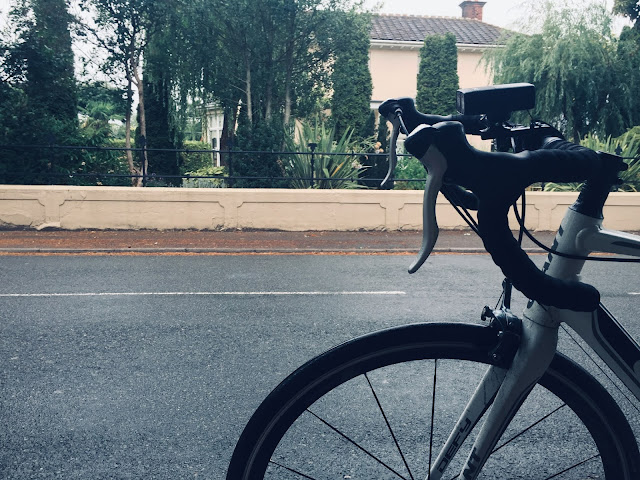 Arrived home in light rain, which worsened about an hour later.

In the evening I had a migraine, which usually is still lingering the following day. This time I woke after an hour or so and felt much better. Sunday morning there was no residual discomfort as I rode through the fog to meet Matt. 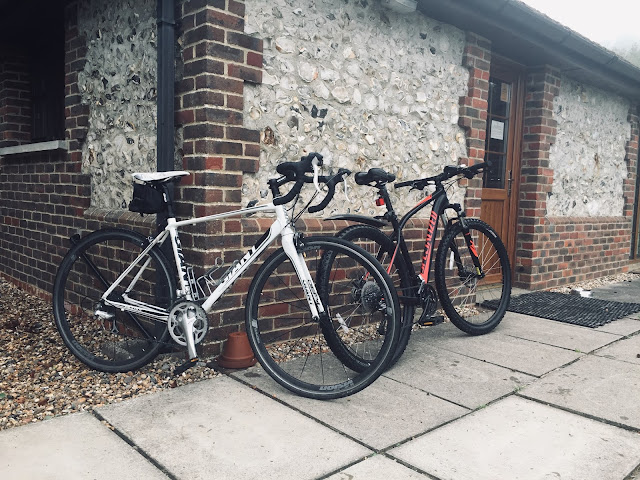 My mountain bike is receiving attention so it was a meeting of two extremes at the churchyard.

Foggy lane.
I was lit up like a christmas tree, and wearing a hi vis jacket.