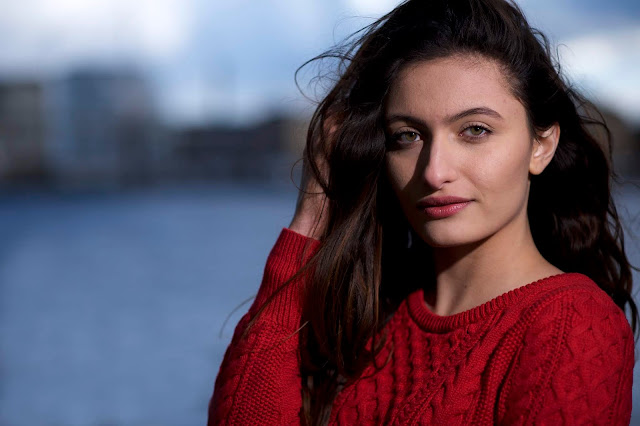 I had intended to use my 300mm lens after doing some testing with it at the beginning of January.

I had only used it for motosport. The results from a previous portrait shoot where I had used the 80-200 were good. Now that I had more space I could see what the longer lens could do.

It is also satisfying to be able to collaborate with people, they see my work and want to be part of the shoot.

The location was docklands, near the ExCel exhibition centre. The cranes could have been a frame for the shots, it shouldn't have been too busy and the Royal Victoria bridge was also interesting.

In the end the weather meant no time to experiment so we went for the safe shots. And there were a lot of people. A dance conference was in full swing, with many dancers having their picture taken. We didn't want to get on their way.

I was assisted by Xavier. I think he took away some insight and thoughts for his photography. I did need the flash to be off camera but I was standing a long way from Ria. He came in handy as a moving light stand.

I intended to use the 85mm first to help establish a connection with Ria. The long lens requires a considerable distance between subject and camera which can hamper this.

The strong cold wind would have made using the long lens difficult; even on a monopod I wouldn't have been able to keep it steady. I stayed with the 85mm. Xavier had the flash, moving around to keep Ria perfectly lit. 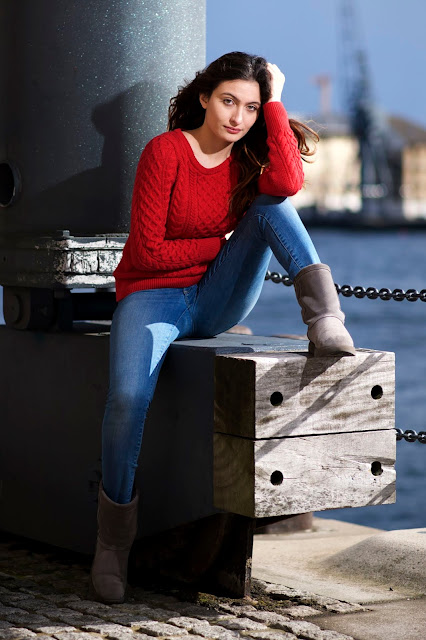 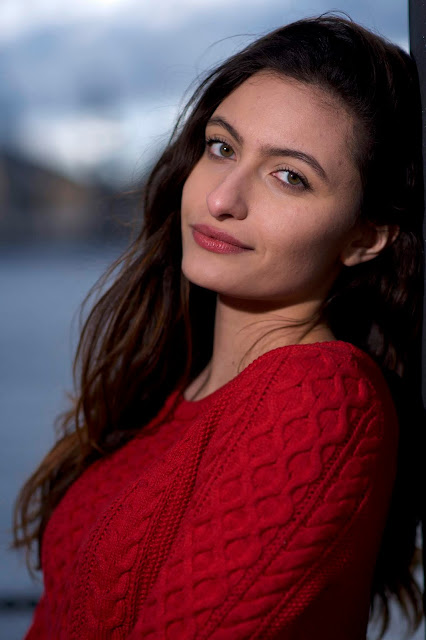 I used what is called high speed sync to keep the sky from being overexposed. It was very bright, needing 5000th of a second at f2. Without the burst of flashes that HSS produces the maximum shutter speed I could have used was 200th second.

As you can see; even at 1000th of a second the sky was very overexposed. 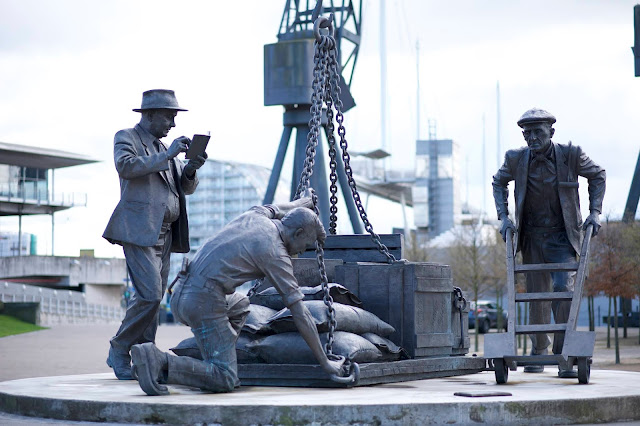 Getting the sky right would have meant a silhouette for the sculpture. When I introduced flash and went up to 5000th of a second the sky was better. 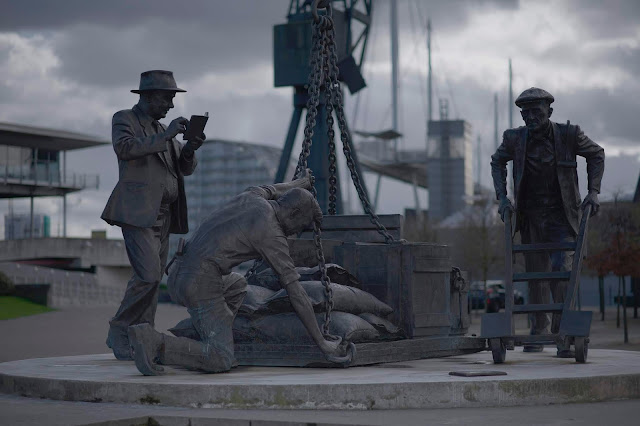 The speedlight needed to be closer and more powerful to really light it properly. It's better to bring up the shadow during processing; there was little I could do to improve the sky in the first shot.

For more of my work, go to my Facebook page.
and
website
Posted by AFS Photography at 08:10:00