This week we had an Indian summer, so cycling in shorts for a little longer.

What does the term mean?

The exact origins of the phrase are uncertain, several writers have speculated it may originally have referred to a spell of warm, hazy autumn conditions that allowed Native American Indians to continue hunting.

Whatever the origin of the phrase, it evidently first was used in the eastern United States. The first recorded use of the phrase appears in a letter written by a Frenchman called John de Crevecoeur dated 17 January 1778. In his description of the Mohawk country he writes "Sometimes the rain is followed by an interval of calm and warm which is called the Indian summer."

The term was first used in the UK in the early 19th century and went on to gain widespread usage.

After work was very pleasant weather for my rides.

A slight change to my normal route added an extra steep hill, in place of just a steep one.

As I rode into Tatsfield on Saturday there was a display commemorating 80 years since the battle of Britain. 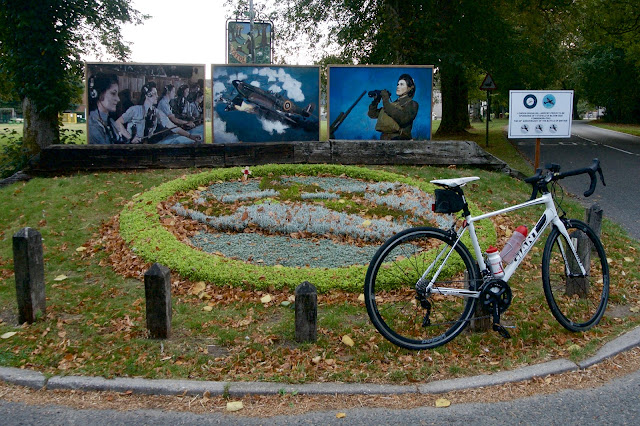 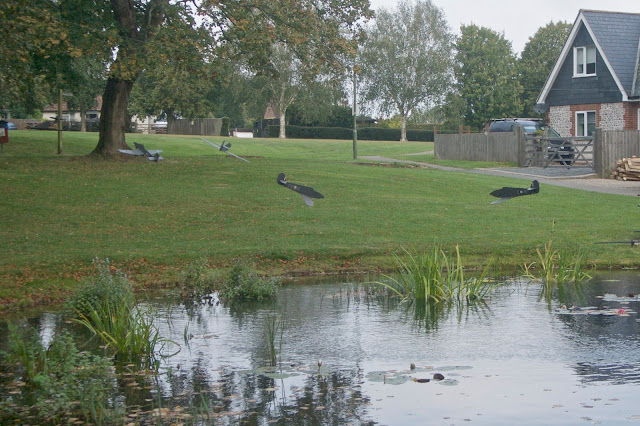 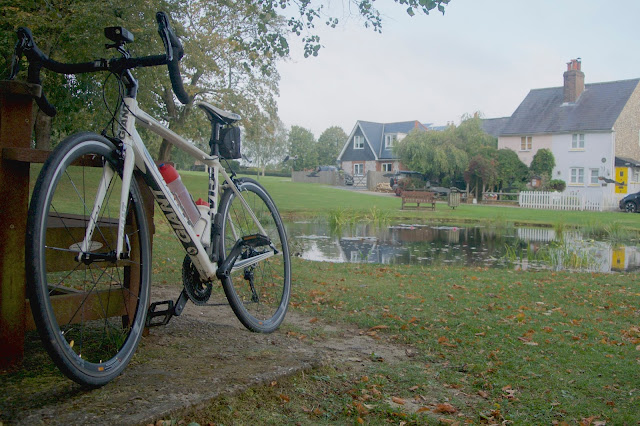 Phil arrived on his newly restored Honda CB750, having had it in bits for a number of years. It's one of the first to arrive in the UK, 44 years ago. He is rightly very proud of his achievement. It looks excellent, I can't see how he could have done any better. It runs perfectly, just like it did when new. 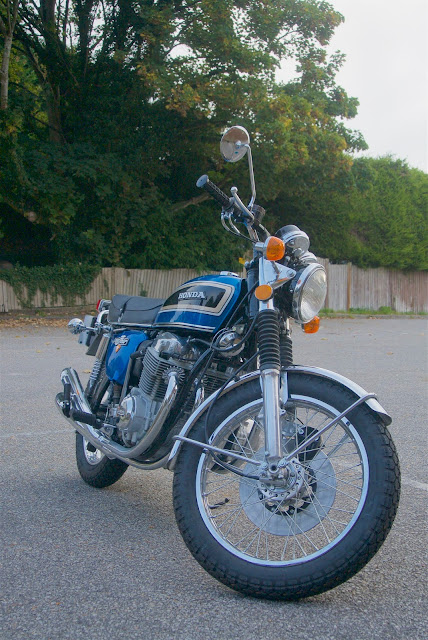 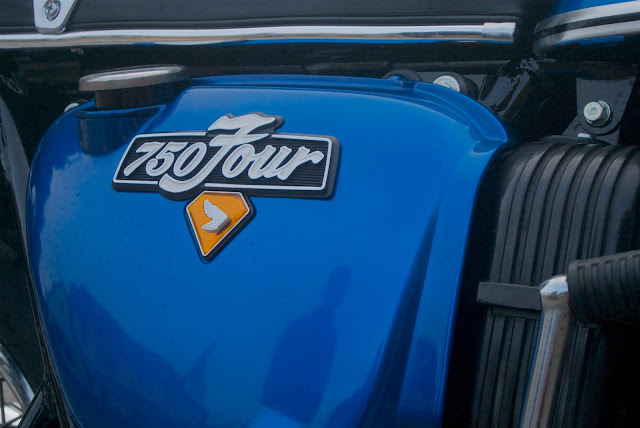 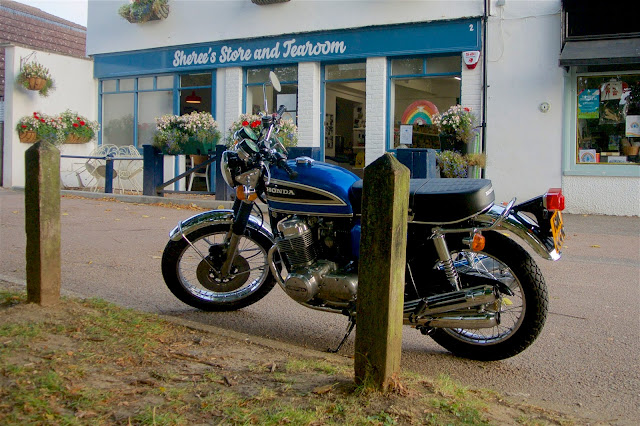 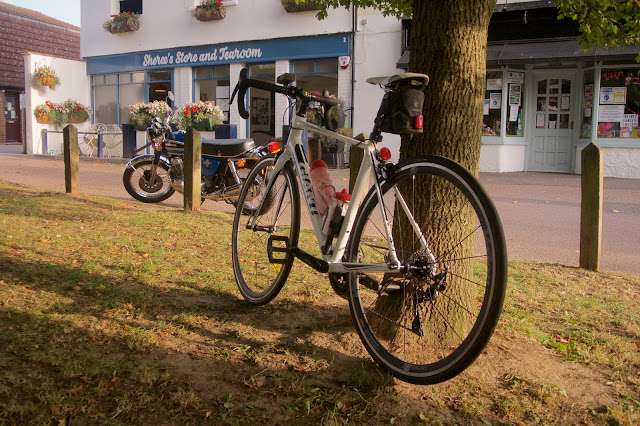 We sat and chatted over drinks and twix. Catching up with what had happened since Phil's last visit. We were soon laughing and chilled out as if he had never been away. But he had to get home, and I had a far destination to reach. I rode off to explore Ditchling Beacon, Matt and Phil went home; promising we would all meet again next weekend.

I had wanted to climb the hill for a long time, but this years events meant I hadn't wanted to go too far. With public transport now running, if I had any problems it's possible to get home.

The weather was nearly perfect, warm but a strong wind pushed me quickly on the outward leg. It really hampered my return, some descents required me to pedal hard to keep up any speed.

A view from the top. 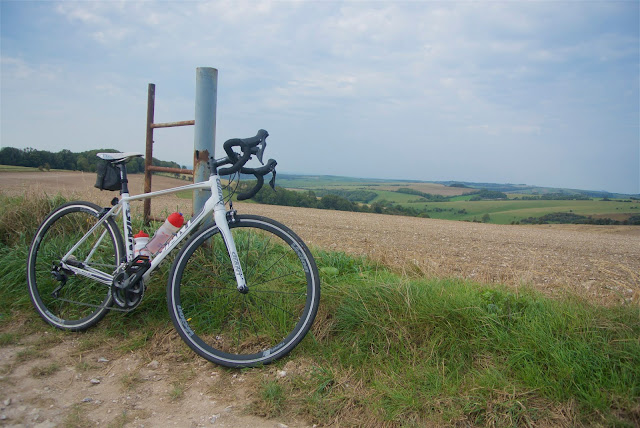 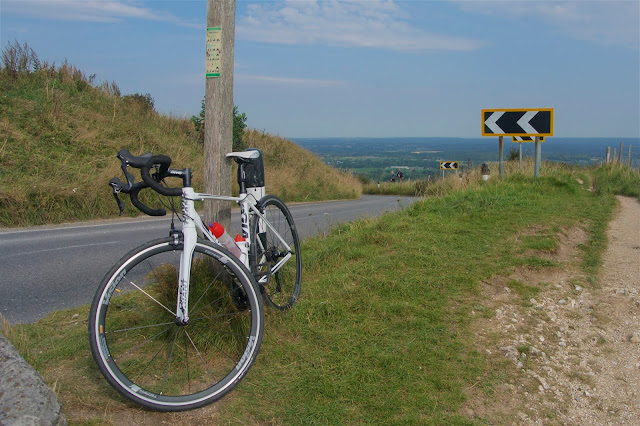 I won't bore you with the video of the ascent - it took about seven minutes - here is the descent. It's much quicker and you can see the valley below.

Sunday at the churchyard with Matt was a great end to the week. Please can I have a few more warm weekends?

There are so many pictures of this spot, inspiration came to me as I sat on my bench. 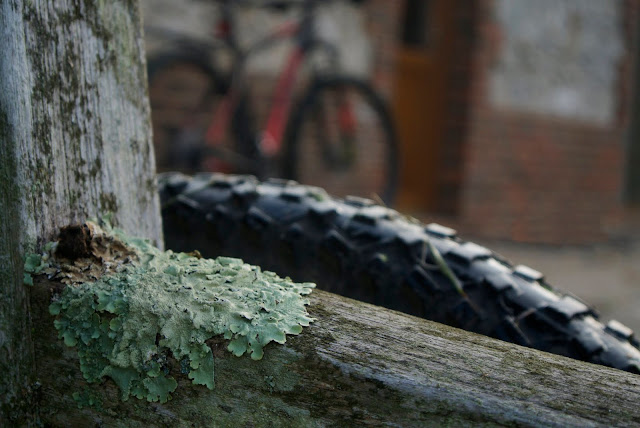