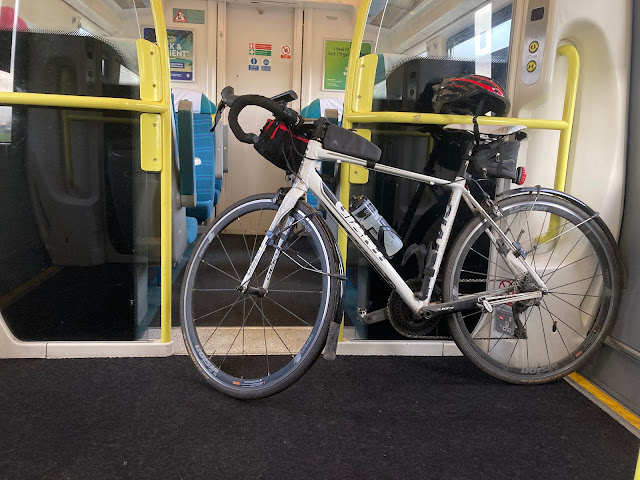 It all started so well. I wasn't going to ride this years winter solstice century alone. Peter from Oxted CC was joining me. It got better; the weather had improved, and Peter had a route via Littlehampton that for the most part was on quiet lanes.
We met at 08:30 and were in Steyning two hours later for coffee and cake at Victoria's Sponge. If you are in the area, they are very friendly and the coffee and cake were delicious. 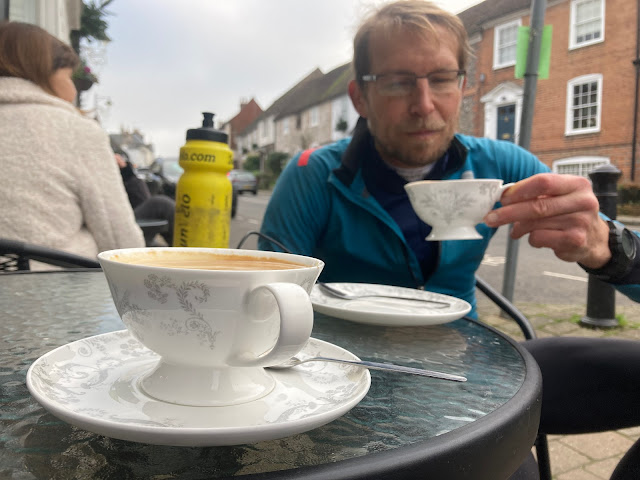 A steep climb was rewarded with some great views. 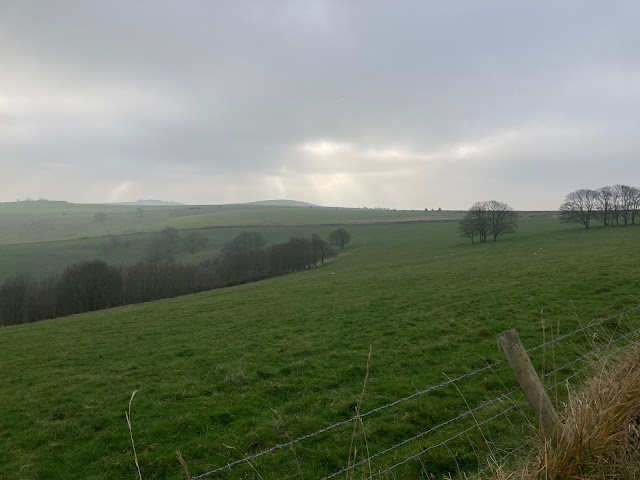 Here is one of me. 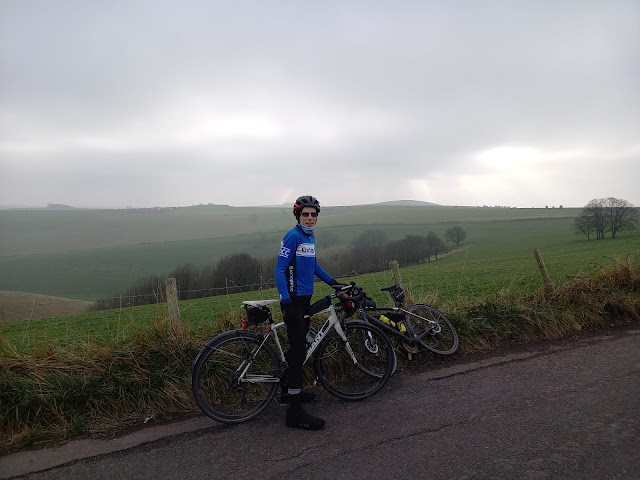 Then on into Littlehampton for more coffee and beans on toast.
Then across the River Arun. 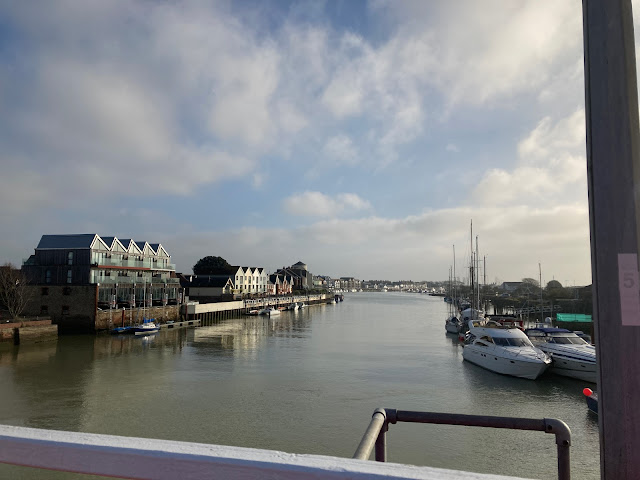 It in was the village of Ford where the bad luck started. At first just a loud clunk from the back wheel, and a slack chain; that sorted itself. Then as we came to a halt at the level crossing for local station complete failure. The pedals spun but no drive. No way to fix it meant a walk on to the platform to check the timetable.
I would be on my way on fifteen minutes, if the service was on time. Peter continued riding, and I was seated in a carriage a quarter of an hour later. It took me to Redhill, the closest the line went to my house. Peter had said that once he got home he would drive to pick me up. And at first that was the plan. The taxi rank was lined with saloons, no good to carry my bike, and the train to Purley where I could change for one to Caterham had been cancelled. The taxi's changed quickly and a people carrier soon arrived. The driver said it would be no problem to drop the rear seats to make enough space. I texted Peter to stay at home, and thanked him very much for the offer of a lift. Twenty minutes later I was locking the bike in the garage.
It will be Tuesday before I can get the problem looked and hopefully quickly fixed.
Posted by AFS Photography at 21:13:00