This was a little different for me, a group shoot. 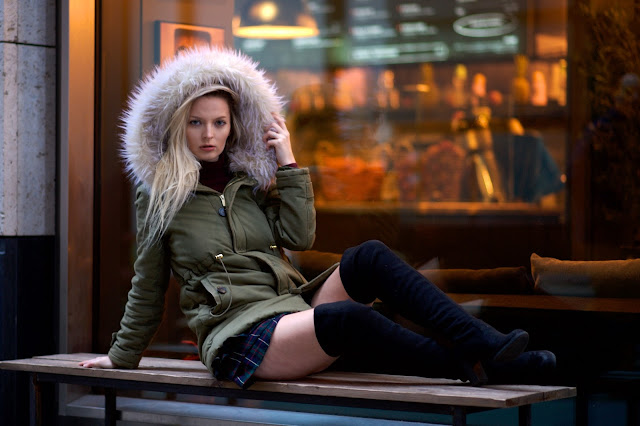 I prefer one-to-one shoots, I like to take my time, get to know the model and develop on my ideas.

But this event ticked a few boxes for me.

1. I wanted to work with Natasha again; our last shoot was brilliant. That session allowed me to develop the picture ideas I had planned and produced a great set.

2. It included four models, including a man. This would mean less standing around and another opportunity to work with a male model. The last time was with Sam.

3. It was to be a walk around an area that I had wanted to shoot in. Natasha had done this before so it took the guesswork out of location scouting.

As is the case with an outdoor shoot at this time of year, I checked the weather reports during the week. I don't know why I do this, the forecast is not often accurate until very close to the day. I must like to torture myself.

One of the models didn't turn up, Natasha just adapted. It didn't really affect the shoot too much, it was a social group and we chatted and gave advice. We acted as mobile light stands for each other. I wasn't the only one who had brought remote triggers. I held the lights for others and they did the same for me. It made a difference being able to control where the light was coming from.

The two other models, Eden and Ashley, who arrived with Natasha were great. They coped with us photographers, without stress. A model friend of theirs was in London and stepped in towards the end. I don't think anyone felt too let down.

The theme was to have been Christmas, but the area was too interesting to just make it about twinkling lights. The first one below is next to the Lloyds building, the grey and chrome was a contrast to Eden's red hair and black coat. 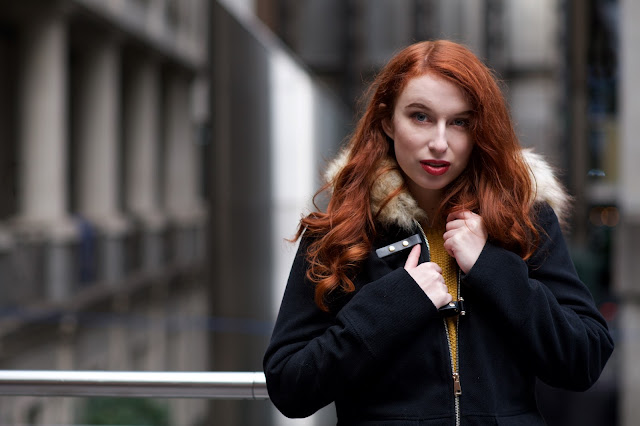 And this one used a statue nearby. I wish I could say that I noticed the guy in the poster and composed the shot to have him glancing at Eden. But alas I only noticed as I opened the picture on my computer. 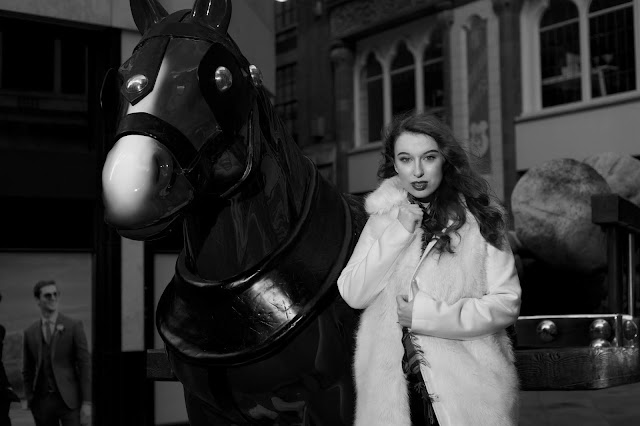 Here are two pics that kept on theme. 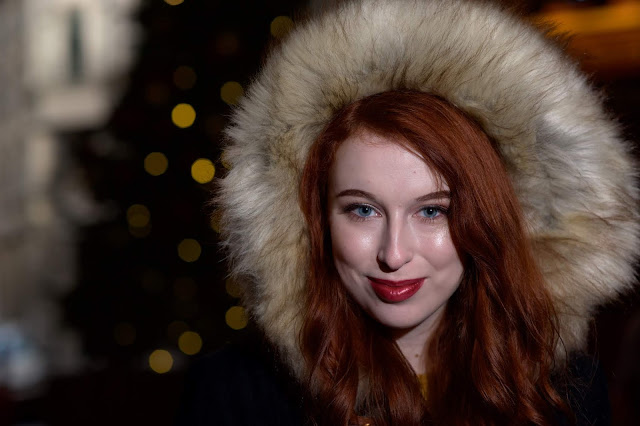 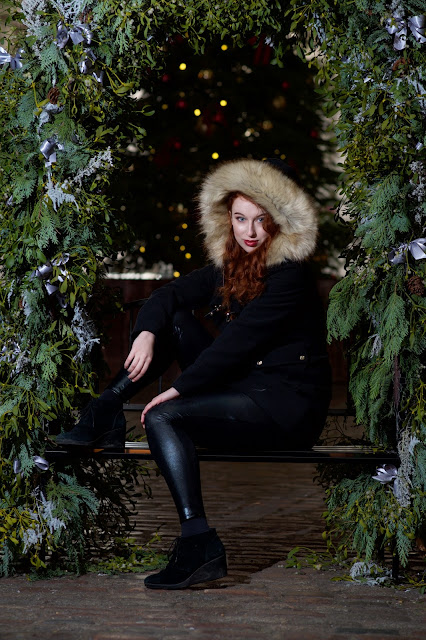 Ashley took a break and laid down on a couch in the pub. The flash was on the table next to him pointed at the ceiling, so I took this shot. 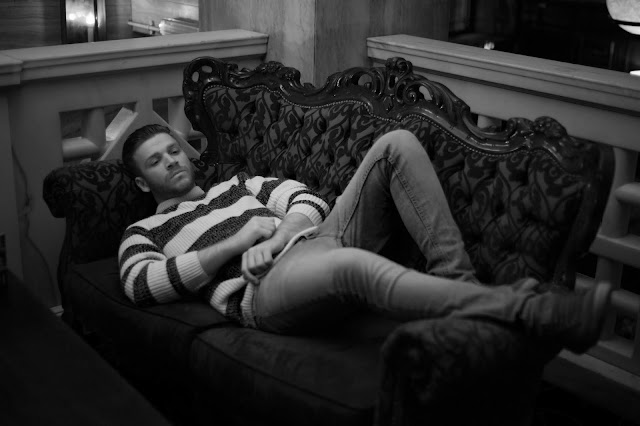 And to show how rebellious we all were, we got moved one twice. The first time from a pub, it was a big one and we were out of the way, but there were flashes going off so I guess it was inevitable. The second time I really don't know what the problem was. We were using a paved area fronting some shops and cafes. They were closed so we weren't in anyone's way, or blocking access. To be fair they gave us a bit of time, but that might have been because it took a while to notice us. The walk started at Leadenhall Market and no-one minded there.

It started raining and it was past 3pm so it was time to head for home.

It's not the first time I have been moved on by security guards. The shoot with Sam a few months ago was the last time. Before that I had a problem on the South Bank of the Thames, I'd only taken one picture and the guards came running. Tourists continued to snap away as we relocated. I think it's the "big" camera. It can't be security because even basic cameras, or phones have the quality needed for any potentially nefarious uses.

I'm not sure if I have any more photography projects this year. Xandria, who I last worked with in September is next weekend. Other that that it will be pictures of Matt and I cycling through the winter for a while.