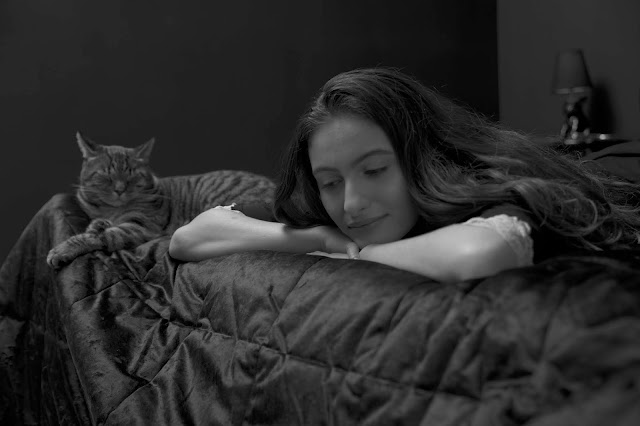 This was my first photoshoot since I did three in March.

I arranged it with Ria after our last shoot. The weather had been terrible for much of the time. While sheltering from the rain we had talked about the opening of a new studio.

The Clock Tower studio is a gothic style English bell tower, constructed as part of a church in 1861. It was converted into a domestic property in the 1990s following an arson attack.

There was a spiral staircase, a grand piano and many windows and alcove areas that kept it interesting. To be honest it was a little too much, we ran out of time before we used everything available.

The start was in a black bedroom, as we sat and talked about it one of the three cats came in a made himself at home. They had scattered when we were shown in by the studio owners. I guess this one quickly accepts new people or perhaps we had found his favourite spot.

He was included, he made a good prop I think. 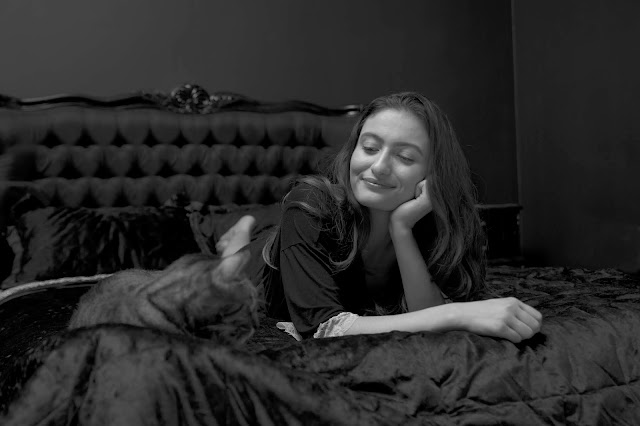 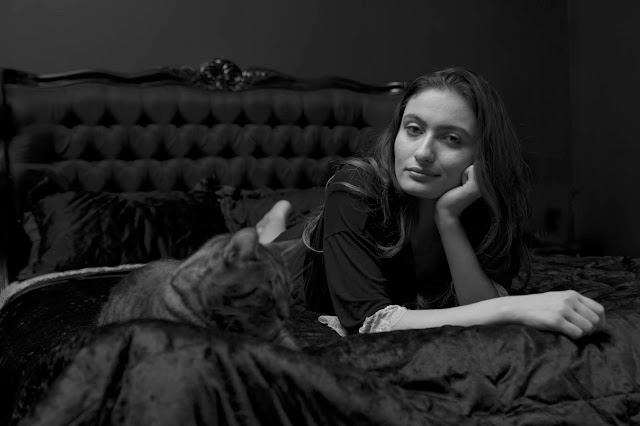 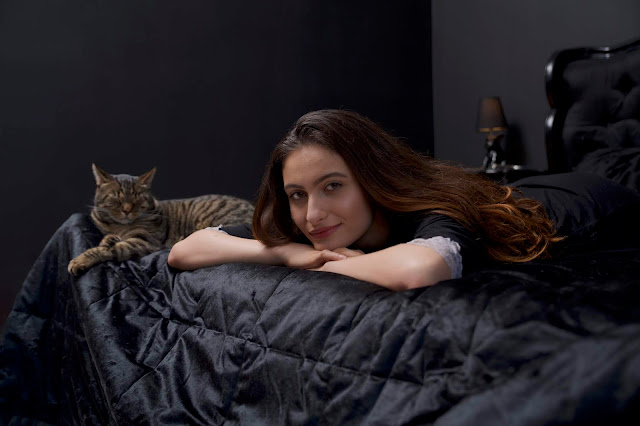 I processed the majority from this area as black and white, it seemed to fit the mood.

There were five floors including a basement and roof. We started on the first floor, after the bedroom it was into the bathroom. Too small to fit lights in and with no power for the flash, I increased the ISO and brought in a reflector. 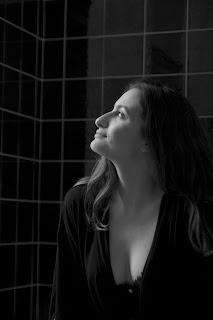 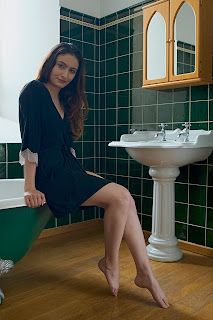 Both black and white and colour suited this location.

Time for a wardrobe change and a move to the roof. Unfortunately the sun came out from behind clouds producing harsh light. We did our best but it just wasn't working. 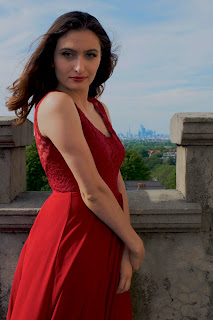 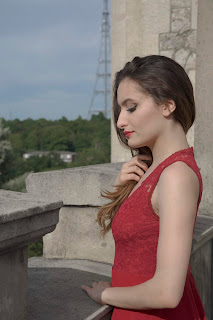 Moving to have Ria with her back to the sun was an attempt to make the best of the environment. With other areas to use, it was time to move on.

The bell tower was accessed by a narrow spiral staircase from the third floor. It had a combination of soft and hard light depending where we stood.

The soft light area was first. The windowsill was four feet off the floor. Between the two of us Ria got comfy. It was so much better to not be battling the sun. 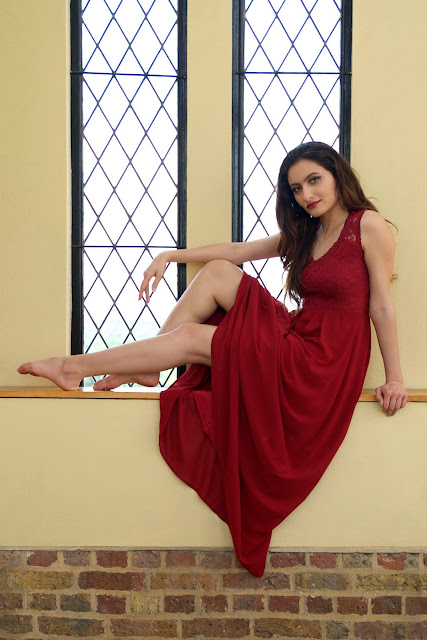 A ladder bolted to the wall hinted at the original use for this room.

Ria's suggestion for me to lay on the floor and shoot up was another reason to work with experienced people. I wouldn't have thought of it, and kicked myself for not doing so. 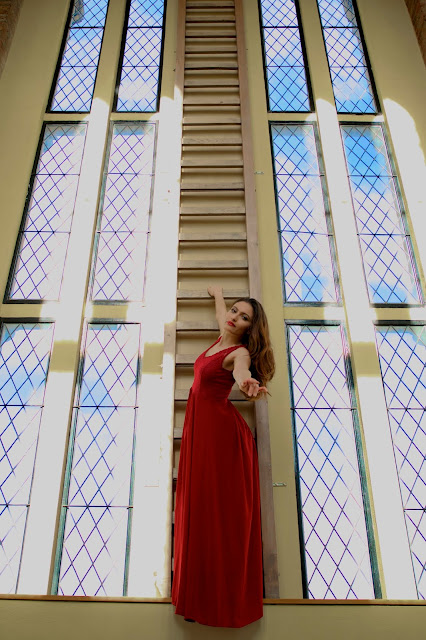 The grand piano was in a small raised area, difficult to light and shoot in. Another visit will be needed to allow more time to work on it. 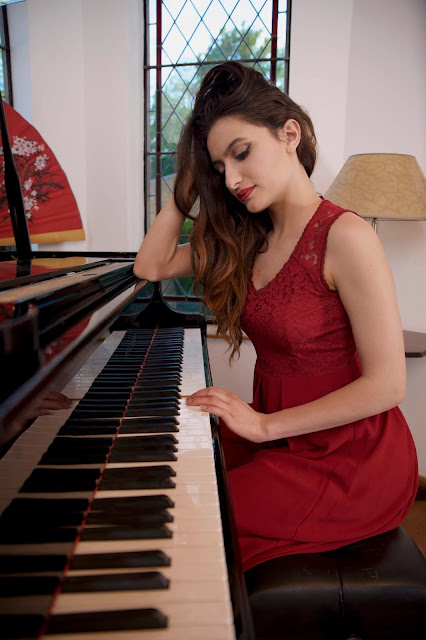 And the cats; we didn't see one of them and the third only put fleeting appearances in. 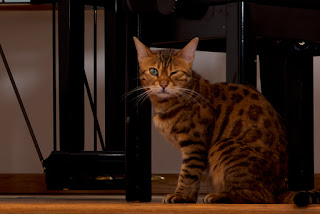