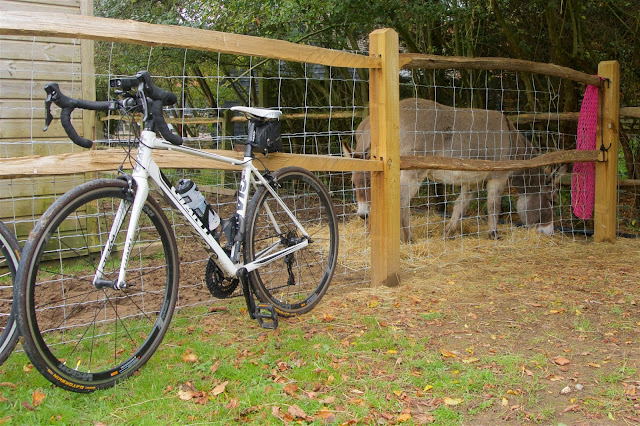 I have been out on the mountain bike during the week, the roads are so rough, it isn't pleasant on the road bike.

On Wednesday the oven partially packed up. The fan heater failed and tripped the main house circuit breaker. I reset it and the oven appeared to start cooking again. I returned thirty minutes later to find cold food; the fan was working, but no heat. I cooked using using normal, slower, mode. This meant I went out for my ride later. Less traffic but very dark in some parts. I went a bit off-road to really test my light (Cycliq 12).

The lowest power setting was just enough for me, but not for the camera. Just a dull circle of light was picked up by the sensor. Under streetlights it was better, but the quality was still poor. It was set to its lowest resolution, for the next ride I changed both settings to high.

I think it did pretty well, to me it seemed brighter, certainly enough to see the path ahead.

Saturday was a return to the road bike, with Oxted CC. It was lead by a pair on a tandem. It may be slower going up hill, but it quickly picks up speed going down. 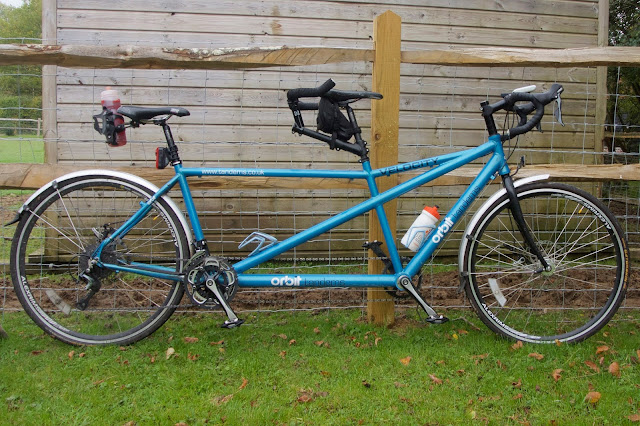 We went to Tanhouse Farm; they have donkeys. Food and drink was served from a small cabin, and a barn had been converted to provide very spacious seating.
Phil arrived at the Tatsfield bus stop to meet Matt and I on Sunday. He spoilt us again; revealing homemade French fancies. Not made by him, I must add. His daughter had been inspired by Bake Off. Very tasty they were. 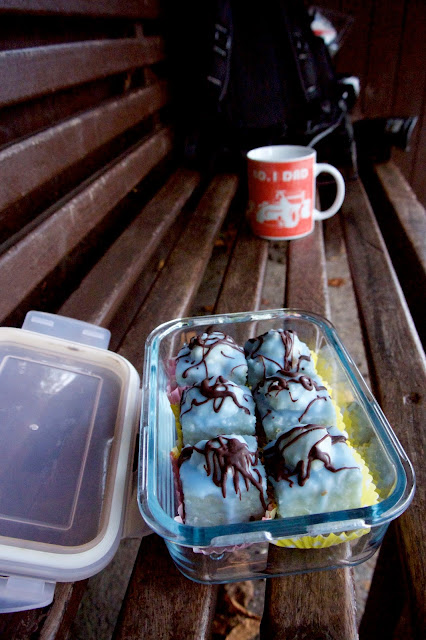