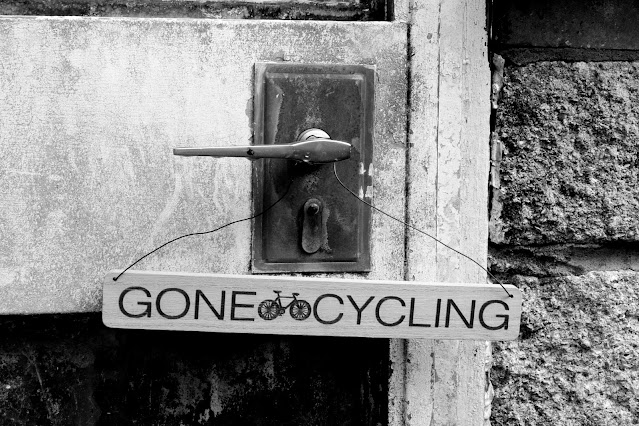 I had a couple of days off work this week, and instead of going for long rides I decided on a change of pace.

Don't get me wrong; I acknowledge when I'm on my bike it's me time. But lately I worry about overdoing it, or relying on it too much.

As luck would have it I was contacted about a photography project that would need a meeting to discuss. This was arranged for Thursday morning in London, I got home with only time for short ride. The evening was spent watching television with Marcia. Not having to keep an eye on clock was great.

Friday was wet in the morning, so after going shopping I went back to bed for a while. When I woke the sun was out, so another short ride was completed. Followed by a relaxed evening.

It was all change and the same on Saturday; I went out despite heavy rain with my club. There was only five others who braved the weather. One wanted a T2 pace so he headed off on a short ride to a cafe. That left me in a group of five T3's up for an adventure. It alternated between heavy rain and light showers. Another challenge to overcome.

I only felt cold when we stopped to attempt a bike repair. Austin hit a pothole hidden by a big puddle. 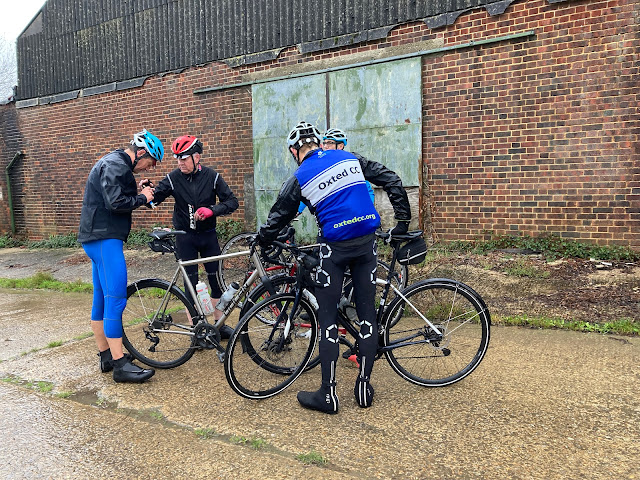 We weren't able to fix it so cut the ride a little short. The spoke had broken away from the hub, so the wheel was not straight. He made it back at a reduced pace.

About five miles from home the sun came out. It would have been nice if it had been a few hours earlier, but we now have a great shared experience.

Sunday morning the rain was lashing down onto the kitchen roof, I messaged Matt suggesting we meet later. His reply meant I thought I'd be on my own for the afternoon ride. But another text as the weather improved resulted in a ride to Westerham and a chat over coffee. Happy days.